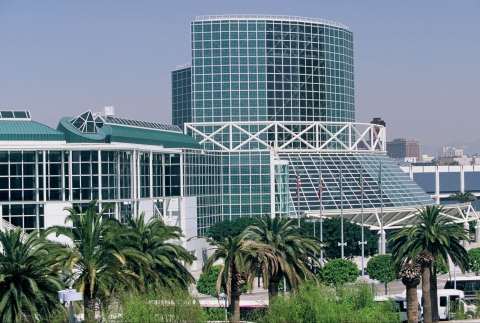 Most convention centers  typically run at a deficit, but the Los Angeles Convention Center has bucked that trend by turning a tidy profit of $3.3 million one year after it was handed over to a private company to run.

AEG Facilities, a division of AEG Worldwide - which owns the adjacent Staples Center and L.A. Live - now oversees the center, and representatives of the company said running it more efficiently, such as cutting back on personnel, helped the building’s bottom line.

“Converting to a private sector contract to operate the Convention Center was a bold experiment and AEG’s performance has exceeded our highest expectations,” said Bud Ovrom, executive director of the Los Angeles Department of Convention & Tourism Development, which oversees AEG’s contract.

Improving operational efficiencies, as well as enhancing the look of the facility and focusing on sustainability, has led to overall high customer satisfaction.

“We’ve observed a significant investment in preventative building maintenance as well as the completion of numerous projects ranging from painting to washing all the windows to replacing and improving lighting systems throughout the building,” Ovrom said.

He added, “Undeniably, these projects have contributed to the positive responses received in the electronic post-show client surveys – the LACC has received an overall rating of 4.5 out of 5.”

The center also unveiled a new Web site and upped its efforts on social media.

“In order to stand out and compete in our industry we have embraced technology and strengthened our communication channels,” said Jon F. Vein, president, Board of Los Angeles Convention & Tourism Development Commissioners.

He added, “The modernization and launch of LACC’s new, user-friendly website and integration of its social media platforms has given the Center a cohesive voice and a consistent presence in the online community. We value engaging with our audience and find these channels to be very effective in our communication strategy.”

For now, the center is looking to improve the bottom line and further streamline operations.