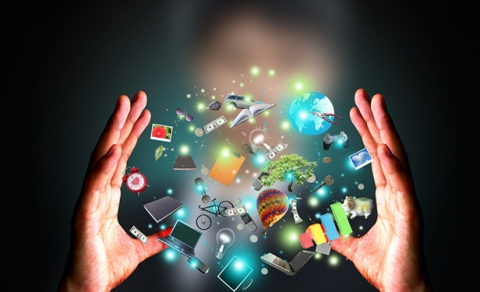 After years of seeing technology revolutionizing the meetings industry and accelerating the rate of change in how people live and work, there will be a return to a focus on humanity in 2018, according to IMEX Group.

The global event producer believes that while new technological innovations will continue to transform the world around us, individuals throughout the events industry and in society are asking questions about whether people – along with their lives, feelings, aspirations, health and minds – are receiving enough priority as society deals with tremendous challenges and adapts to progress.

To address this, IMEX unveiled five industry trends it believes will be clearly evident and highly influential in 2018.

Security has become one of the greatest challenges of our time and for the events industry, particularly within the last two years. Subsequent unfortunate events have united the industry, notably in support of #VegasStrong at IMEX America 2017 while reinforcing the need for vigilance, resilience, unity and globally recognized and uniform standards.

Attendees and staff at meetings, trade shows and events of all kinds need to feel confident and reassured that organizers and venues are doing everything possible to keep them safe, making security a topic that must remain top of mind and the agenda in the coming year.

2. “Anti- and Over-tourism” and the Impact of the Sharing Economy

In recent months, “anti-tourism” and “over-tourism” movements have come to the forefront in many cities in response to an outcry from people who believe that too much tourism is damaging their communities and lives. The explosion of the use of services including Airbnb and Uber have only exacerbated those feelings of discontent in many areas, with a “kickback” of resistance leading to a slowing down of these businesses. Additionally, political issues such as “Bathroom Bills” in the U.S. have led to the “weaponization” of travel.

While these issues will continue through 2018, this presents a unique opportunity for the business events industry to define itself as distinct from leisure tourism. The industry must continue to strongly communicate the short and long-term benefits of meetings, events and incentive travel to a destination – both in terms of the high-impact direct benefits, as well as longer-term indirect benefits associated with the development of knowledge and innovation economies.

Professor Greg Clark, who is advising several major cities about how they should handle urbanization, will be sharing his thoughts at IMEX in Frankfurt 2018 on the role of the meetings industry in helping cities adapt to this issue.

3. Women in the Industry – Rising in Prominence

The growing importance of diversity, particularly around women in the workplace and career advancement, is an issue across all sectors, and the meetings and events industry is no exception.

After an overwhelming response to its joint research project with tw tagungswirtschaft magazine, IMEX received enormously positive reactions to the Women in Leadership receptions that took place at its shows in 2017, according to IMEX Group officials.

In response, IMEX, in partnership with tw tagungswirtschaft, will launch the first “She Means Business” conference taking place on EduMonday (the day before IMEX in Frankfurt 2018), designed to give women – and men – from across the world the space to explore these important issues. She Means Business will feature a series of inspiring women speakers who are trailblazers in their field and will celebrate the role of women in the industry as well as open the door for conversation, collaboration and learning.

4. The New Age of Anxiety

Last June, Alex Williams described our current times in his New York Times article, as “the new age of anxiety,” and that on college campuses, anxiety is running well ahead of depression as the most common mental health concern (with the fidget spinner as “the perfect metaphor for children of today”).

A survey carried out by MPI for IMEX revealed that only 5 percent of the meetings professionals surveyed felt no stress at work.

In its recent annual big topic special edition, “Travel In an age of Permanxiety,” Skift described the issue as “a near-constant state of anxiety exacerbated by hyper-connected citizens using social platforms to create a state of permanent frenzy about a lengthy list of issues from terrorism and Trumpism to technology and economic gaps.”

Most employers and event organizers are aware of anxiety as a growing mental health concern and are starting to put processes and services in place to help alleviate it. In October, the U.K. government published the Thriving at Work report, which puts the annual cost of poor mental health to the U.K. economy at up to £99bn ($133 billion) of which about £42bn ($56 billion) is borne by employers, before advising what needs to be done to address it.

To help show participants take care of their wellbeing at its exhibitions, IMEX has created the Be Well Lounge, a dedicated place for yoga and meditation sessions as well as white space areas where people can unwind. The popularity of the event’s many education sessions focused on health and wellbeing is a positive sign that the industry is concerned about taking care of its people.

5. Life 3.0 - When Robots are Replacing Humans at Work, What Will Humans Do All Day?

In his keynote at IMEX America 2017, Economist Todd Buchholz cited worries about the effect of AI and robots on job security as one of the main causes of the “age of anxiety.” Louise Brownhill, chief learning officer at PwC, recently quantified the potential impact my saying, “In five years, a third of human jobs in professional services firms will be replaced by AI.”

This particular issue is becoming monumental and is described by some as the “Fourth Industrial Revolution” and by Professor Max Tegmark of Massachusetts Institute of Technology as the start of “Life 3.0.” In his book by the same name, “Life 3.0: Being Human in the Age of Artificial Intelligence,” Tegmark asks, “how can we grow our prosperity through automation without leaving people lacking income and purpose?”

Robots will force us to be creative, according to Sir Nicholas Serota, head of Arts Council England, highlighting the need to enable people to work in an adaptable way in changing environments.

Although event technology is great for automating myriad administrative tasks, it is the creative, human-led approach that delivers results in the events industry, according to IMEX. At its core, this industry exists to bring people together face-to-face in effective ways to help them achieve business objectives and exchange ideas as well as to learn from one another and build relationships.

While event professionals need to be ever-sensitive to how AI and robots will impact the sectors that they work with and should not be complacent, the interaction of people and being sensitive to their needs and how they express them is an irreplaceable factor that is key in planning and running meetings and events, according to Carina Bauer, CEO of the IMEX Group.

“This is, as often said, ‘a people industry’ and while we promote and support technology, we must take note of these trends and look after our people, their health, their safety, their sense of fulfillment and their futures,” Bauer asserted.

Many of these topics will be covered during education sessions at IMEX in Frankfurt 2018, set for May 15-17 at Messe Frankfurt in Frankfurt, Germany.

Industry Experts Predict an Emphasis on Human Approach to Events in 2018
In just a few days, 2017 will be history. The year brought event professionals a host of challenges around technological advancements, security, politics and travel, to name…
9 Trends that Will Shape the Events Industry in 2020
What lies ahead for 2020 and the new decade? We talked with a few experts to find out. Take a look at their 2020 trend predictions below. Then, connect with us on Twitter to…
CEIR Predict Conference Focuses on What’s Transforming the Trade Show Industry
Washington, D.C - When the Center for Exhibition Industry Research’s CEIR Predict Conference was held last week in Washington, D.C., one thing was abundantly clear – as…
IMEX America’s Education Program Will Focus on Personal Branding, Anticipating Future Change
Developing a personal brand and preparing for the future are themes running throughout the education program at IMEX America this year. How to communicate and develop a…
IMEX Identifies Four Key Trends for 2015
The IMEX Group, organizers of the annual IMEX in Frankfurt and IMEX America trade shows for the global meetings, incentive travel and events industry, have identified four…
Center for Exhibition Industry Research’s Predict Conference Will Take Deep Dive into State of the Trade Show Industry
In just a few days, C-level trade show organizers, suppliers to the industry, financial experts, invest banking firms and media will gather Sept. 16-17 in Chicago for the…