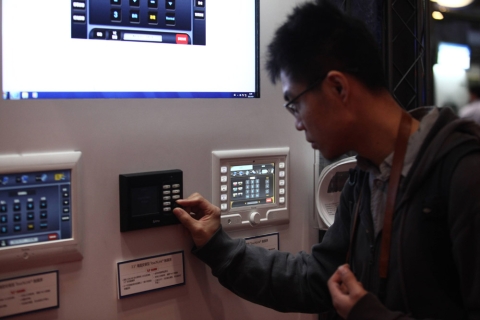 In its 8th year, InfoComm China 2013 continues to grow, drawing 19,431 attendees, a 20-percent increase compared with the 2012 show, to the China National Convention Center in Beijing.

The three-day annual pro audiovisual show, held in early April, has grown so much since its inception that next year it will fill the entire CNCC, according to show organizers.

"We are really thrilled by this year's success, as it once again proved companies in China are recognizing the importance of pro AV in providing a competitive edge to their businesses,” said Richard Tan, the show’s general manager.

He added, “The potential for sustainable growth in the Chinese AV market is enormous! Through InfoComm China, our exhibitors will share their expertise of the application of pro AV technology and innovations to help more companies achieve breakthroughs in their businesses."

The show, organized by InfoCommAsia Pte Ltd. And InfoComm International, expanded from four halls to six this year, with a gross exhibition area of nearly 35,000 square meters hosting more than 300 exhibiting companies.

According to exhibitors, the show’s success was twofold; the huge growth of China’s pro AV market, as well an increase in targeted marketing and public relations for the show.

She added, “Just on our first day alone, we received more than a 1,000 name cards, and visitors who came to our booth were really professional.”

More than 40 sessions were held during the three days and attracted 2,367 participants, an increase of more than 53-percent, compared with 2012.