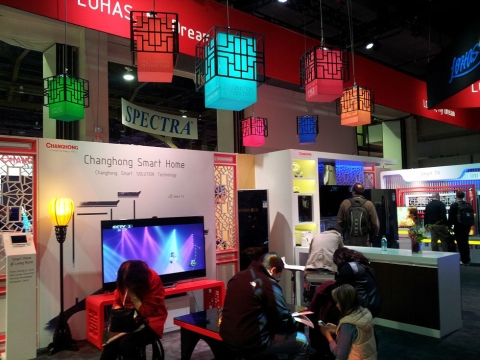 The Consumer Electronics Association, owner and producer of the International CES, unveiled the results of an independent audit that confirmed a record number of international professionals – 40,828 (a 12.7 percent increase from the 2013 CES) – attended the 2014 International CES from 144 countries.

Additionally, 6,757 press and industry analysts attended the show to report on the latest consumer technologies and trends.

The independent audit was performed by Veris Consulting.

She added, “These audit results confirm that CES continues to serve as the global gathering place that inspires and unitesFortune 500 executives, retail buyers, engineers, content producers, entertainment executives, venture capitalists and media from all over the world to see, touch, interact and experience the latest trends and technologies that are shaping the future.”

“CEA has led the exhibition industry in using and advocating for independent audits as they allow exhibitors to make informed marketing and sales investments,” said Gary Shapiro, president and CEO, CEA.

Final audit numbers may differ from preliminary estimates given onsite due to additional badge pick-ups and badge reader reports. This audit complies with the industry standards for audits adopted by both the EEIAC and the International Association of Exhibition and Events (IAEE).

Audit highlights can be found here. The full Audit Summary will be available in early May.

Outside of the Veris audit, CEA confirmed that 3,673 exhibitors (a 12 percent increase from the 2013 CES) from around the globe unveiled their latest tech innovations at the 2014 International CES®, which spanned 2.06 million net square feet of exhibit space.