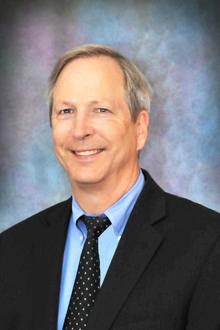 Kajander will support the GHCVB’s domestic and international sales departments in booking Life Science meetings, conferences and tradeshows for Houston.

“John understands our business at the GHCVB and recognizes the impact that bringing more life science meetings to Houston will have on the local health care community, expanding professional expertise and helping bring new business opportunities,” said Greg Ortale, president and CEO of the GHCVB.

He added, “For years we have been passionate about crafting a solid working relationship with the TMC. With John’s help, that relationship will only strengthen.”

Kajander most recently served as a senior vice president at the Texas Medical Center, where he was responsible for external relations activities. Already in his new role, he has traveled to London and to Sao Paulo, Brazil, to meet with organizers of international medical meeting events on behalf of Houston.

The Texas Medical Center and GHCVB have worked together since 2007 to bring national and international medical meetings to Houston and develop new ones, such as Medical World Americas, which will debut in April 2014.

Other major bookings of late include the Human Genome Organisation’s annual meeting in 2016 and the World Federation of Acupuncture Societies in 2014.

“Houston is an international hub for the life sciences industry and I am so honored to be assisting the GHCVB in this area.” Kajander said.

He added, “I believe these groups will benefit tremendously from the incredible health care expertise that resides in this region.”

Overall, he has worked in the Houston business community for more than 35 years.

An honors graduate of Michigan State University, Kajander has been involved in several charitable and community based organizations in Houston, including the Houston Achievement Place and the Consumer Credit Counseling Service of the Texas Gulf Coast.

Fun Lee Joins PCMA as Consultant on Medical Business Events
The Professional Convention Management Association (PCMA), a global community and educator for Business Event Strategists, announces that Fun Y. Lee, CMP-HC joins the…
The Unique Challenges of Planning a Healthcare Meeting
By Alexa Newman and Benjamin Rabe Even if you have years of event-planning experience, healthcare meetings are a different ballgame. As a healthcare meeting planner, you’…
Want to Get Personal About YOUR Business? Meet John Rice, Trade Show Road Warrior!
Do you know the infamous John Rice? If you’ve been in the trade show business for any length of time, chances are you do. And if you don’t – maybe it’s time you change that!…
Orthopaedic Surgeons Join Forces with KaBoom! at Annual Meeting to Build Playground in Las Vegas
Last year, children from the Palabra Viva church in Las Vegas drew pictures of their dream playground, and this week, hundreds of orthopaedic surgeons and other volunteers…
Nine HCEA Members Earn Healthcare Meeting Compliance Certificate (HMCC)
The Healthcare Convention and Exhibitors Association (HCEA) recently hosted its annual Healthcare Marketing Summit Jan. 21-22 at the Hyatt Regency in Boston.  In…
HCEA Releases White Paper: The Landscape of 1:1 Meetings in the Healthcare Events Industry
The Healthcare Convention & Exhibitors Association recently released its latest white paper, The Landscape of 1:1 Meetings in the Healthcare Events Industry.  …