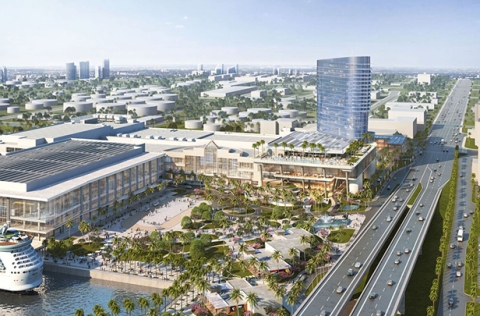 As the GWCC’s first major expansion since 2002, Exhibit Hall BC is poised to make a quick return on investment, with more than 20 events already committed to using the new space and bookings stretching into 2030. This translates into approximately $20 million in rental revenue and the potential of drawing more than 600,000 attendees to the city, according to GWCCA officials

“The Congress Center’s expansion reaffirms its importance to Georgia’s economic growth and continued increase in tourism,” said State Senator Butch Miller, chairman of GWCCA’s legislative overview committee. “I applaud the Authority for completing this project ahead of schedule and under budget; it exemplifies its continued stewardship of the funds we’ve entrusted to them.”

As part of the Authority’s 2020 strategic plan, focused on reshaping the downtown Atlanta campus to draw in more event business and tourism, the Exhibit Hall BC expansion completion joins a $27 million capital improvement project at Centennial Olympic Park and the addition of a Signia by Hilton headquarter hotel that is set to break ground this spring. 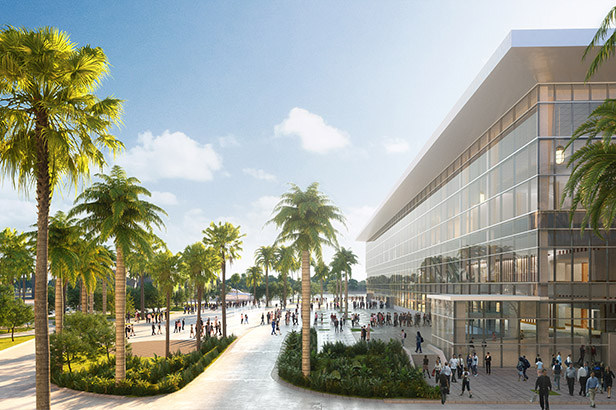 With the goal of achieving LEED Gold certification, the venue expansion and headquarters hotel will be the centerpiece of a convention center district enhancement project that will include outdoor event space, new dining concepts, shopping, arts and cultural attractions.

“Years of careful planning have brought us here, and we are celebrating the fact that this expansion will boost the local economy and create more than 1,000 new jobs,” said Broward County Mayor Dale Holness.

According to Greater Fort Lauderdale CVB officials, preliminary work on the demolition of the convention center’s surrounding structures kicked off in summer 2019; the facility will close at the end of February as major construction takes hold for the next 18 months. The convention center will open in phases with some meetings returning in late 2021, and the expanded exhibit hall and full completion is expected by mid 2023.

Check out a video of the expansion project here.

Enhanced Greater Fort Lauderdale/Broward County Convention Center Reopens As $1.1 Billion Expansion Continues
South Florida’s newly expanded Greater Fort Lauderdale/Broward County Convention Center (GFLCC) is gearing up to grow even bigger, doubling the size of its original footprint…
Atlanta Becomes Major Draw for Educational Events and Meetings
Educational meetings are becoming a major piece of business for Atlanta, with 8 percent of their total bookings currently in this sector and that number is expected to rise…
Successful Launch for New Venue Education Program in China
UFI, the Global Association of the Exhibition Industry, has launched a new education program in China. The inaugural UFI-VMA Venue Management School kicked-off Nov. 20. The…
Virtual Reality in Event Planning – A Competitive Advantage for Venues
We work with a host of clients, helping them bring sometimes massive spaces at a single location or distributed over the globe into the digital world. The technology enables…
Las Vegas Among the First Major U.S. Cities to Reopen for Business
Las Vegas officially welcomed back guests in early June after more than two months of being shut down due to the COVID-19 pandemic. Taking care to comply with directives from…
The National Restaurant Association Show Re-signs Majority of 2020 Exhibitors for 2021
In light of damage the pandemic has inflicted upon the foodservice industry, the National Restaurant Association Show is working to help the industry recover through online…