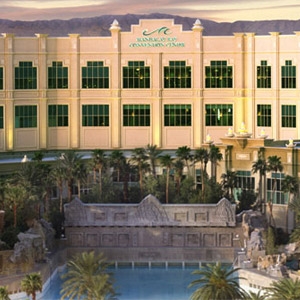 The $66 million expansion project will allow Mandalay Bay to grow current shows, pursue new and larger corporate partners and achieve greater utilization of the entire facility, according to venue officials.

“Several long-standing customers approached us with a need for additional space to grow their business; they looked to us to be a solution provider, and we went to work,” said Chuck Bowling, President and COO of Mandalay Bay.

He added, “In addition to enabling our current clients to develop larger events, the additional space and new flexibility will allow us to attract new business to Las Vegas. We believe this investment will increase visitation to Las Vegas, driving incremental business to MGM Resorts’ portfolio and the city overall.”

David Loechner, CEO of Emerald Expositions, said, “As a fast growing expositions organizer currently holding 13 annual trade shows in Las Vegas, including four at Mandalay Bay, we are very pleased with the decision to expand and expect to take advantage of the new space as soon as it’s complete.”

Construction is scheduled to begin in late fall 2014 with new exhibit space available in August 2015 and anticipated completion of all spaces in January 2016.

The expansion also will be built to Gold LEED standards, as well as it will incorporate an additional rooftop solar photovoltaic (PV) array making it the largest convention center array in the world.

The anticipated size of the array is approximately 1.9MWdc with an approximate annual production of 3.4M kilowatt hours.

The previously announced 6.2MWdc solar PV array on the current Convention Center is slated for completion in August; the combined array will generate enough electricity to power the equivalent of 1,300 homes.