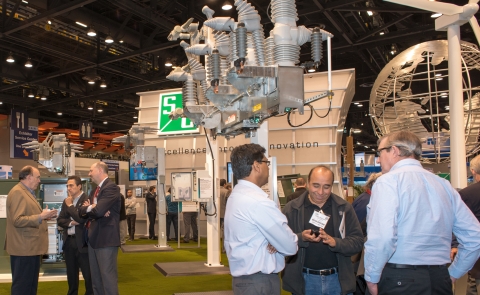 The National Shooting Sports Foundation extended its relationship with CSG Creative to serve as the official marketing agency of SHOT (Shooting, Hunting and Outdoor Trade Show ) Show through 2019.

Based in Alexandria, Va., CSG Creative specializes in marketing campaigns for trade shows and member associations.

"For the last four years, CSG Creative has played a key role in the growth of the SHOT Show," said Chris Dolnack, NSSF senior vice president and CMO. "Those efforts have resulted not only in record attendance year after year, but also in a higher quality show that delivers a tangible return on investment to exhibitors, buyers, media, public relations and advertising professionals and others relevant to the firearms trade.”

He added, “Bar none, CSG's knowledge of what makes trade shows tick, combined with the talent of our in-house sales and marketing team, makes this three-year extension of our partnership with them a value-added proposition for everyone who invests their time and money in attending SHOT Show."

The annual Shooting, Hunting and Outdoor Trade Show (SHOT Show) is NSSF's premier, industry-only event for the firearms trade. With more than 1,600 exhibitors and more than 65,000 attendees, it’s ranked one of the largest shows in the U.S.

"CSG is pleased to have the opportunity to leverage the rich knowledge we've gained, insights shared, and success we've experienced as SHOT Show's strategic marketing partner," said Paige Cardwell, CSG President. "The dynamic collaboration with the NSSF and SHOT Show team has been both productive and a pleasure. CSG will continue to work diligently to innovate and elevate the marketing program to drive highly qualified domestic and international buyers to SHOT Show.”

The Indiana Convention Center & Lucas Oil Stadium (ICCLOS) in Indianapolis has extended its partnership with the company for an additional 10 years. The new contract will allow Smart City to provide additional services and upgrades for the venues. Smart City has served as the organization’s technology provider since Jan. 1, 2007.

“Smart City has maintained a strong partnership with the Indiana Convention Center & Lucas Oil Stadium, and we look forward to building upon this history by providing innovative technology upgrades throughout the facilities,” said Mark Haley, president of Smart City Networks.

Under the new contract, Smart City will continue to offer a full suite of services at the facilities, including high-speed Internet access, network cabling, high density WiFi and turnkey data networking services.

The contract includes the installation of 288 strands of single-mode fiber optic cable between the convention center and the stadium. It will also allow for an upgrade of the facilities’ core network, the central piece of a telecommunications network that provides service to customers.

Smart City also will provide Cisco Wireless LAN Controller upgrades and a Cisco Mobility Services Engine. This upgrade will allow for a greater number of guests and their wireless devices to access the Internet at ever-increasing speeds and for the implementation of location based services. The company will also develop a mobile app utilizing this upgraded technology.

Barney Levengood, executive director of the ICCLOS, said, “We are excited about the opportunities presented by Smart City’s investment in our facilities. The long-term agreement (10 years) allows us to provide stability and a chance to make plans to serve our customers over the long haul.”

The Institute of Electrical and Electronics Engineers Power & Energy Society (IEEE PES) has signed a new contract, which runs through 2018, with Convention Data Services (CDS).

Under the terms of the agreement, CDS will provide full registration services for IEEE’s PES Transmission & Distribution Conference & Exposition (www.ieeet-d.org), a show for the transmission and distribution industry.

The event brings more than 750 companies and 14,000 professionals from more than 80 countries around the world together to share and learn about emerging technologies that shape the energy solutions industry.

TSNN recently named the event one of the Top 25 Fastest-growing Attendance Winners for 2015.

“We chose to award CDS with our business because of their passion for the industry, high standards of quality assurance, and dedication to customer service. It's exciting to see the direction CDS is heading and we look forward to working with the team on our 2016 conference,” said Gail Sparks-Riegel, registration chair at IEEE PES T&D.

“CDS is pleased to welcome IEEE PES T&D as a new client and member of our client advisory board,” says David Lawton, executive vice president of Sales at Convention Data Services. “From planning, to programming, to onsite support, the CDS event team is partnering with IEEE PES T&D and will be there every step of the way to provide the best registration, reporting and marketing tools for their event.”