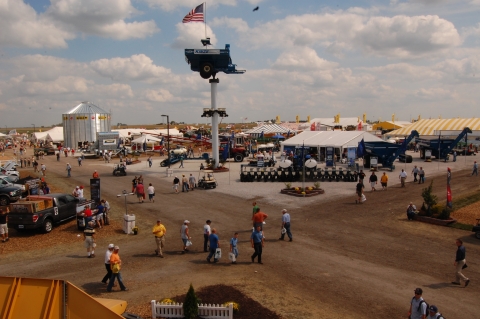 Editor’s Note: Every year, Trade Show News Network strives to release a comprehensive list of the Top 250 Trade Shows in the United States.

As one can imagine, it is a massive undertaking and takes several months and many, many reach outs since all of the information is submitted only by show management for each show and then vetted by TSNN.

I wish I could say the list is 100 percent perfection every, single time, but after many years of compiling this information, there always are a few shows that are missed or other situations that arise that TSNN has to address.

These shows have been submitted in the past and TSNN, and Tradeshow Week prior to this, has not included them on the list because the shows have extensive outdoor space, a lot of their exhibit space is not traditional booth space and there is no registration for attendees required.

However, upon review of other farm shows that were included on the 2014 TSNN Top 250 Trade Show list, we discovered inconsistencies in that some of those shows had similar exhibit areas and other aspects as the Penton shows.

When we released the list last week, the Association of Equipment Manufacturers’  CONEXPO-CON/AGG was ranked No. 1 and will stay in that position, as it has been every year it has ran.

In addition, Penton’s Farm Progress and Husker Harvest Days have been added onto the list in co-No. 1 positions: http://www.tsnn.com/toplists-us.

Next year, all farm shows will be reviewed for inclusion on the list based on the same guidelines for all other shows.

Once again, TSNN strongly stands behind the quality of its data, but also wants to ensure we are doing what’s correct based on individual situations.