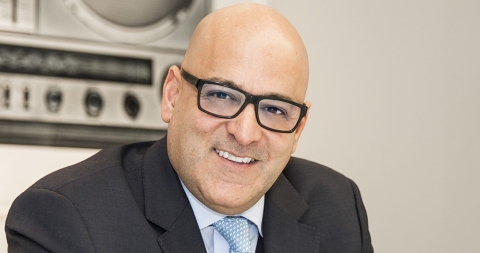 May and June have been busy months on the hiring front. From many new promotions and hires at CVBs around the country to expanded sales teams, new association leadership, DMO development and more, the future of the trade show and meetings industry looks bright.

Philip Schlitz has joined Chestnut, New York-based brand experience agency MC2 as the company’s first corporate vice president of strategic business development. Also at MC2, Ben Nazario (pictured at right) joined the leadership team as California division president. Prior to his most recent role as chief sales officer at Sparks, he was vice president of national accounts at MC2.

Judy Kent, an industry veteran with 20 years of hospitality sales experience, joined the team at Explore St. Louis as national sales manager in May. Previously, Kent was director of sales and marketing for Huntington Convention Center in Cleveland.

Bill Dosch is now executive director of catering and convention services at The Collection Hotels and Caesars Forum, part of Caesars Entertainment Corporation. After starting his career with the company 30 years ago, he will now oversee F&B at Harrah’s Las Vegas, LINQ Hotel and Flamingo Hotel, in addition to the Caesars Forum conference center and Forum Plaza (opening next year).

National Marine Manufacturers Association selected Frank Hugelmeyer as its next president. This month, he’ll begin a transition period to succeed Thom Dammrich — who’s led NMMA for 20 years and is retiring — before officially leading the organization beginning Oct. 1. Hugelmeyer was most recently president of the RV Industry Association.

Carson Hotard has joined Event Transportation Systems as enterprise development manager, where he’ll managing site operations for industry events. Most recently, he was a production engineer at Daily Thermetrics in Houston.

Carsten Pleiser was appointed CEO of Event Tech Tribe in May, taking over for Marie-Claire Andrews, who is stepping into the company’s newly formed board as president. London-based Pleiser has more than a decade of experience in European event technology and SaaS.

Matt Moos is now director of corporate partnerships for International Exposition Center (I-X Center) in Cleveland. He has 15 years of sales experience, working most recently as senior vice president of corporate development for the Lake Erie Crushers baseball team.

Event Marketing Partners added Andy Herman to the team in June as vice president of sponsorships and events. In his new role with the Manasquan, New Jersey-based experiential event marketing agency, he will focus on improving efficiencies for clients’ sponsorships programs and driving revenue.

Visit Seattle has a new director of sales. Troy Anderson, who has been with the CVB since 2013, was officially promoted June 7. His chief responsibility is providing leadership of the convention sales team, which also sells Washington State Convention Center alongside Seattle hotels.

Ben Greenish joined dmg events in late June as senior vice president, leading the company’s construction division. He has previously been in senior roles at various media companies, such as UBM and EMAP.

Cobb Energy Performing Arts Centre in Atlanta hired Vickie Hubbard as its new managing director last month. She replaces Sandie Aaron, who retired. Hubbard has 30 years of experience in the industry, including her most recent role as executive director of the H. Ric Luhrs Performing Arts Center in Shippensburg, Pennsylvania.

Detroit Metro CVB named Susan Richardson director of sales in late June. She joins the team from Javits Center in New York, and brings more than 20 years of sales experience to her new position.

Have People announcements to share? Send them to kogletree@tsnn.com for a chance to be featured next month.

People News: Events Industry Council, Caesars, ProExhibits and More Make Hires
April showers brought May new hires to many companies in the trade show and destination marketing world. Here’s all the news you need to know. Big news for the Events…
People News: IAEE’s Legend of the Industry Award, Fresh Hires at CVBs and More
New appointments, promotions and awards have kept leading industry names in the news this summer, despite the ongoing pandemic continuing to make deep impacts on events. Take…
People News: SMG, Visit Spokane, JCK & Luxury, DMG Events and More Make Hires
The year started off with a flurry of new hires, making for a busy and exciting January. Here are all the industry professionals who have been making some big career moves…
People News: Core-apps, L.A. Convention Center, Comexposium and More Make Hires, Promotions
In the past, companies typically slowed down with their hiring and other employee changes throughout the summer months, but not anymore. Now, it’s full steam ahead all-year…
People News: SGIA, Reno, Atlanta, Bellagio and More Make Hires
Hiring didn’t slow down in the typically mellow month of August with several cities adding to their convention and visitors bureau ranks, as well as some service providers…
People News: Fern, CEIR, MGM, Philadelphia CVB and More Make Hires
See who’s making big strides in their career this month. Have more people news to share? Send it to kogletree@tsnn.com to be included in our next story. Jim Kelley has…