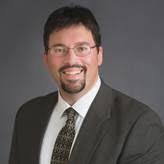 The month of May has been an unusually busy one for new hires across a wide variety of companies in the trade show industry.

The Expo Group also named Mitchell Gross as the new leader of its growing custom exhibits department. Gross also will continue to lead the Finance department for the company. Prior to becoming operations manager for MC2 Events Exhibits Environments, he spent several years in the financial world and has an undergraduate degree in finance, as well as his MBA.

Peter Tatara has joined the Leftfield Media as its director of Content and Communities. He comes to LeftField Media with 10 years of event management experience, previously serving as a content director with ReedPOP at Reed Exhibitions, where he oversaw 400-plus hours of content at New York Comic Con and was key in growing ReedPOP from a single event to a portfolio of more than 25 pop culture conventions around the U.S. and internationally in markets, including Australia, China, France, Germany, India, and Singapore.

He most recently worked at Azix Inc, where he served as an event director producing events with Japanese governmental, tourism, cultural and culinary partners.

GES brought on Dan Hilbert as senior vice president of its U.S. Events team. Hilbert has more than 25 years of experience in the event, agency and entertainment business.

Most recently, Hilbert was senior vice president of client engagement & strategy at TBA Global. Prior to joining TBA Global, he held senior level positions at other agencies and on the client side with Live Nation Entertainment, Ryan Partnership, Unilever and Labatt, USA.

Skyline Exhibits announced the retirement of Michael Thimmesch, its director of Customer Engagement.

Thimmesch began his Skyline career in 1988 as a copywriter eight years after Skyline was founded. In 2005, after 17 years with Skyline, he earned a director-level position.

During his tenure Thimmesch had a hand in generating over half a million leads for Skyline which resulted in over $1 billion in retail sales and helped Skyline to grow into the largest exhibit company in North America.

Thimmesch is also credited with publishing 11 industry white papers and eight exhibit education books. He has presented over 100 informational webinar sessions, which were attended by over 23,000 exhibitors. He has also written more than 200 blog posts on a variety of exhibiting topics.

Matthew Volpe joins NexxtShow as a system designer. Volpe has more than eight years of exhibit design and detailing experience.

People News: Tarsus Group, SMG, Visit KC and GES All Make Hires
The brisk hiring trend that kicked off the beginning of the year has continued, with several companies that serve the bustling trade show industry making hires. RD Whitney…
People News: The Expo Group, UBM Americas, SMG, Shepard All Make New Hires
August was a busy month for hiring and promotions in the trade show industry, with venues, show organizers and general service contractors all adding to their ranks. The…
People News: SmartSource, The Expo Group, Emerald Expositions, Hannover Fairs All Make Hires
The fall continues to be a busy time with brisk hiring at a variety of companies ranging from show management companies to convention and visitors bureaus to general service…
October People News: New Hires and Promotions at GES, Freeman, Spectra and More
This fall has been a busy one for companies in the meetings and trade show business. Take a look. GES announced two major leadership changes this week. Jay Alitzer, who…
People News: Suppliers, Show Organizers, Destinations All Make Hires
Summertime hiring has been brisk, with a lot of companies bringing on new employees before the busy season gets into full gear again. IMN Solutions has appointed Claudia…
People News: Freeman, PCMA, Clarion UX and More Make Hires
Companies within the events and tourism world continued with a flurry of hires in March, showing the economy and outlook for the industry looks strong. Freeman has named a…