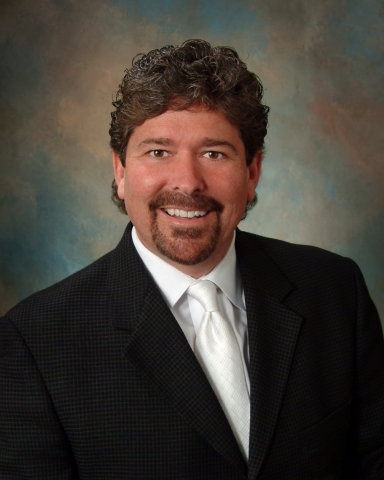 The trade show industry continues to be busy, with several promotions and new hires within supplier and show management companies.

“McConnell’s tradeshow career, expertise in growing businesses and strong leadership skills made him the natural choice for this dual role in managing and growing these North American teams,” said Will Morris, CEO of Informa Exhibitions.

He added, “With his outstanding track record, we believe he is the right person for the job to implement synergies and growth strategies more effectively.”

McConnell began his career at Hanley Wood in 2001 as show director. Prior to Hanley Wood, McConnell held senior management positions with Miller Freeman/VNU, MAGIC International, and the Dallas Market Center.

“This is an exciting time at Informa with many growth opportunities,” McConnell said. “I look forward to leading this dynamic business and our incredibly talented teams as we continue to move forward as a leading exhibitions company in North America and abroad.”

Vin Saia was promoted to executive vice president of corporate accounts. In his new role, Saia is responsible for leading the sales, creative and operations functions of the group.

Bartlett has been with Tradeshow Logic since 2009, applying his more than 35 years of experience in the trade show and event industry to propel Tradeshow Logic’s growth. His former title, chief strategy officer, was re-assigned to industry veteran Chris Price, who joined the company in April and is responsible for developing strategies that enable Tradeshow Logic customers to elevate their events.

BlueHive Strategic Environments hired Amadeus Finlay as director, Media and Public Relations. Amadeus brings a decade of international experience to the table, having worked in Edinburgh, Scotland and London, England, as well as throughout Europe as a business journalist. Finlay has a strong background in editorial, digital marketing and communications, and will head-up BlueHive’s newly-formed Media Management department and social media agency.

Meet Minneapolis, Convention and Visitors Association, has hired Natalie Ortiz to join its destination sales team as East Coast national account executive. Ortiz brings more than 18 years of experience in the hospitality industry to the job, serving most recently as the Eastern Regional senior sales manager with the San Mateo County/Silicon Valley Convention and Visitors Bureau.

SmartSource Computer & Audio Visual Rentals appointed Lauri A. Christiansen, MBA, PMP as director of marketing. Christiansen brings 15-plus years of B2B marketing and sales experience, both for major corporations and as an entrepreneur.

People News: Flurry of Hires Across Variety of Trade Show Sectors
The fall kicked off with a flurry of new hires across a variety of trade show sectors, including show organizing companies, display and contractor companies and convention…
People News: Events Industry Council, Caesars, ProExhibits and More Make Hires
April showers brought May new hires to many companies in the trade show and destination marketing world. Here’s all the news you need to know. Big news for the Events…
People News: IAEE’s Legend of the Industry Award, Fresh Hires at CVBs and More
New appointments, promotions and awards have kept leading industry names in the news this summer, despite the ongoing pandemic continuing to make deep impacts on events. Take…
People News: The Expo Group, GES, Leftfield Media Make New Hires
The month of May has been an unusually busy one for new hires across a wide variety of companies in the trade show industry. The Expo Group hired Lloyd van Meter its new…
People News: Flurry of New Hires Marks Busy End of Summer
Traditionally a slower time for trade shows, companies in the industry utilized their time instead hiring new talent and promoting from within before the fall kicks off a…
People News: Bevy of New Hires Marks Beginning of Spring
Suppliers ranging from convention and visitors bureaus to electrical services to display companies either promoted from within or added onto their ranks to mark the beginning…