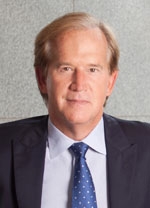 The past month has been a flurry of activity with companies either beefing up their ranks or promoting from within.

Portman has led AMC, Inc. and AmericasMart Atlanta through a period of growth unprecedented in the companies’ 54-year history, commencing with the rebranding of the former Atlanta Market Center as AmericasMart Atlanta in 1996, and continuing with expansion of its U.S. market share and global business base.

Hospitality sales leader Darren Green has been named senior vice president of sales at the Los Angeles Tourism & Convention Board (LA Tourism). In this capacity, he will lead both the citywide convention sales team and the hotel sales team, along with the destination services team.

Parenting Expo, a new series of expos designed to give parents one place where they can gather and share reliable and relevant information, has appointed Kendra Nicastro as general manager of Parenting Expo Columbus (Ohio).

In her duties, Nicastro will help manage exhibit sales for the Columbus event and assist in operations and marketing for the expo coming Aug. 16-17 to the Greater Columbus Convention Center.

Experient, the source for integrated meeting and event solutions, announces the expansion of its sales team by four to the Experient Sales Network (ESN).

The Norman (Okla.) Convention and Visitors Bureau (NCVB) board of directors has hired a new executive director, Dan Schemm, to run the bureau.

He comes to Norman directly from the Go Wichita Convention and Visitors Bureau as the director of destination sales and services in Wichita, Kan.

Seattle-based WARP Exhibits, a leading manufacturer of tension-fabric displays and structures for the exhibit, architecture and event industries, has added Duffy Delgado as its new director of sales and marketing.