Planners Give Events a Megaphone with Influencer Marketing 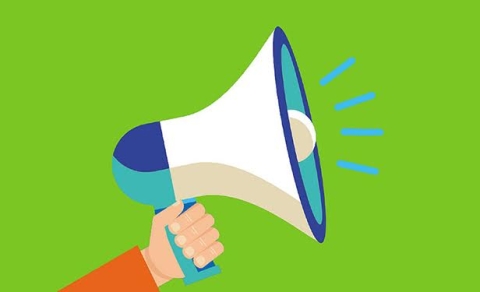 While planning an event in an industry, show organizers quickly learn the leading voices of that industry. These voices influence large communities and offer a type of credibility brands themselves cannot. As a result, marketers have quickly engaged in “influencer marketing campaigns.”

“Influencers are a class of individuals who naturally attract emulation by their behaviors, relationships or opinions,” said Tamar Beck, CEO of Gleanin, an influencer marketing platform.

Ed Several, senior vice president of Reed Exhibitions-Americas, defines event influencers as any attendee or exhibiting company that can move a market. He notes that they can be found at both B2B and B2C events.

“On the B2B side, influencers can be characterized as buyers with significant buying power and individuals or teams who, through their actions, cause others to follow them, such as merchandise teams at retail stores; engineering teams at manufacturing facilities; or security professionals who select a particular brand that others try to emulate,” Several explained.

He continued, “On the exhibitor side, market leaders are influencers based on their decisions as to which events they choose to exhibit and how they participate.”

At B2C events, influencers also are sometimes called “taste-makers”, who influence a market by visiting an event and sharing their insights via social, web or other channels with their peers, Several added.

“Event organizers can leverage influencers’ capabilities in a number of ways to boost attendance in particular (by) communicating to potential attendees that certain individuals are participating,” Beck said.

Amelia DeBord, account director at Fixation, says there’s a lot of potential for influencer marketing for events, given the FOMO (fear of missing out) factor.

“Much of what we do relies on the word-of-mouth aspect of influencer marketing, since people typically make the decision to attend B2B events based on their colleagues, clients or employers,” she explained.

Bringing high-profile speakers, asking a known influencer to invite his colleagues and friends to an event that he is attending, or persuading influencers with large email lists and active social media networks to use them on behalf of an event can all stimulate registration.

In addition, show organizers can provide all event stakeholders – attendees, exhibitors, sponsors, and speakers – with an opportunity to influence attendance via referral software, landing pages, incentives and other mechanisms.

“Anyone involved in the event has the potential to influence someone else to attend,” Beck said. “With the right tools, these smaller influencers can collectively have a large impact on attendee acquisition.”

DeBord adds that show organizers can use multiplier tools (technology) to encourage registrants to announce the event to their followers and colleagues on social media as well as incentivize people with the chance to win a prize if they share.

The benefits of influencer campaigns can be many and varied.

She continued, “They can inspire followers and peers to participate and signal that an event has prestige. The result can be that more exhibitors and sponsors participate.”

Nick Borelli of Borelli Strategies, believes that if an influencer has credibility with a community or has shared values of an attendee persona, their authentic advocacy to attend will resonate more than brand calls to action.

“Talk to industry associations, research who is being quoted in industry articles and talk to your customers about leaders they follow,” Several said. “There will be many different groups of influencers at each event as each category your event serves will have its own unique set of influencers.”

Social media also is a key outlet for influencer research.

“Identification can involve looking at an individual’s social network but be aware that some influencers actually purchase ‘bots’ to drive up their value as an influencer,” Beck added.

The next step is to assign staff to personally work with the influencers to understand their needs, gain insight into how they view your event and understand why they do or don’t attend.

“It’s critical to have a personal relationship and use feedback to build a format to best serve their needs,” Several said.

He continued, “Don’t commercialize your relationship with these influencers. They are a resource to understand how to build an event to support their needs.”

Specifically, show organizers can target messages to different influencer groups, for example, communicating to C-level executives the value of bringing a large group to the event, or incentivizing people who already follow your show on social media to share content about the event with their communities, DeBord said.

“Use auditing tools to see which of your followers have the most influence on a given platform,” she said.

It is critically important to let influencers tell your story in their own way, Borelli asserted.

“The value they offer is their authenticity,” Borelli said. “Anything short of that is bad for both you and them.”

Finally, Beck recommends that full transparency (knowing what information is being requested of or received from attendees through social logins) and accountability (tracking how many registrations resulted from a specific influencer) be the baseline requirements for social influencer campaigns.

“Using software, we can say how many people registered and tell who accounted for the registrations,” DeBord said.

She added, “It brings a level of accountability to influencer marketing that traditional marketing channels and even most new media channels can’t deliver.”

Influencer marketing campaigns act as a megaphone for event brand messages and provide additional credibility to those messages, which is why it’s no surprise that this progressive marketing tactic has become a key component of event marketing campaigns for many successful events.

Harness the Power of Influencer Marketing with snöball
Merriam-Webster defines the snowball effect as a situation in which one action or event causes many other similar actions or events. And that is exactly what event tech…
Snöball’s Influencer Marketing Extends Event Amplification
Event marketers are used to seeing a lot of buzz onsite at their events. Between messaging pushed out by the host organization itself, social media sharing and media coverage…
Today’s Brand Advocacy: Influencer Marketing
Buzz. All brands need it and events are no exception. Attendees put a lot of faith into their peers’ opinions, putting a level of trust in their perspectives that is higher…
Why Event Planners Should Keep Their Freedom of Choice with AV
Audiovisual is a critical—albeit often overlooked—component of successful events. Depending on what the planner needs, an event’s AV may appear invisible or it can take the…
Event Marketing 101: 7 Steps to Event Marketing Magic with Event Tech
I hear it all the time: “How do I effectively market my events?” This is one of the greatest challenges meeting planners face. They want to improve app adoption, engage…
Experts Cite Influencers and Data as Top Event Marketing Trends in 2019
Know your audience and your industry’s influencers well. That’s the advice event marketing experts have for event organizers in 2019. They predict that the trends of data and…