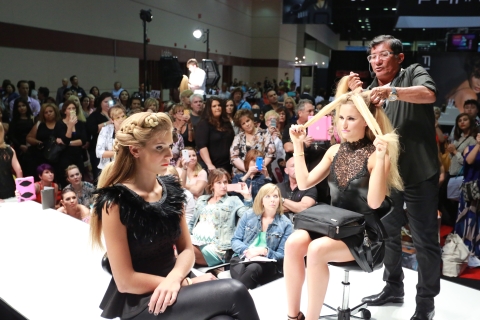 The Premiere Orlando International Beauty Show signed on for a five-year renewal that will keep the show at the Orange County Convention Center in Orlando through 2019.

The home-grown show, spearheaded by Howard Britt, Premier's founder and president, has a major economic impact on Orlando, to the tune of $91 million dollars annually.

“We have been at the Orange County Convention Center since 1995 and our partnership between the OCCC and Visit Orlando truly has been an integral part of our incredible success,” Britt said.

He added, “We are excited to stay in Orlando for the next 5 years and continue this remarkable partnership.”

Premier Orlando International Beauty Show is the largest beauty show in the nation. The show ranked No. 70 last year on the TSNN Top 250 trade show list.

"We are proud of Premier's success and very excited to announce another multi-year contract this year at OCCC," state Kathie Canning.

She added, "Premier's growth is a perfect example of how a destination can help grow a tradeshow."

The five-year contract extension keeps up the momentum for the growing event, which encompasses a quarter million square feet of exhibit space and attracts more than 54,000 people to OCCC during its two day-run.

“As the largest professional beauty event in the United States, this show attracts visitors from more than 35 countries and 50 states,” said George Aguel, president and CEO of Visit Orlando.

He added, “The success and growth of the show is a testament to the appeal of the destination, our convention and tradeshow industry’s members as well as our focus on ensuring the continued success of our long-term clients.”