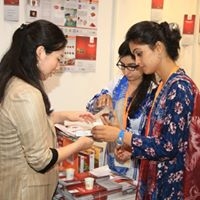 The four fairs attracted a record of more than 2,000 exhibitors from 29 countries and regions and drew nearly 500,000 visitors.

He added, "The four summer fairs provide one-stop shopping and sourcing experience for consumers and trade buyers, as well as an ideal promotion platform for exhibitors. The atmosphere at the concurrent fairs was very vibrant this year. Open to industry players from 17-19 August, the Trade Hall at the Food Expo attracted close to 21,000 buyers, up one per cent compared to last year. We are pleased that many exhibitors have reported satisfactory results at the fairs."

Welcoming a record of more than 1,500 exhibitors from 26 countries and regions, the Food Expo comprised three dedicated areas: the Trade Hall, Gourmet Zone and Public Hall.

Japan was the Partner Country of this year's Expo, bringing 331 Japanese exhibitors from 36 prefectures to showcase local delicacies and haute cuisine.

Takuro Wanami, Director, Agriculture, Forestry, Fisheries and Food Business Promotion Division, Japan External Trade Organization (JETRO), said: "We are pleased that we have attracted strong interest from various buyers from Hong Kong and the Chinese mainland, and the response is very encouraging. Hong Kong continues to be the biggest market for Japanese food products and serves as a gateway to penetrate other markets in Southeast Asia. The Expo is definitely the gathering place for Japanese companies to grow their overseas business."

The HKTDC organised more than 100 buyer missions from 25 countries and regions to visit the Food Expo and Tea Fair to source products and provide more business opportunities for exhibitors. In addition, a selection of retailers and agents, including 759 Store, Sun Wah Japanese Food Ltd, city'super and China Resources Ng Fung International Distribution, set up buyers' booths for pre-arranged business-matching meetings with exhibitors.

William Chong, Assistant Manager, Fresh Food, City Super Ltd, said that they were happy with the arrangements. "HKTDC's pre-arranged business-matching service made everything so easy and efficient. I have already found two new suppliers from Korea for different fruits and I have identified a Mexican exhibitor for conventional fruits. The dried longan offered by a Thai exhibitor also looks interesting."

The Trade Hall at the Food Expo welcomed a number of new group pavilions this year, including the Indian pavilion, bringing 32 exhibitors to the fair. Sanjeev K Jain, Head of Export, Parag Milk Foods Ltd, joining the Expo for the first time, said that the company was the largest privately-run producer of cheese and milk products in India. It met some potential customers from Hong Kong and the Chinese mainland on the first day and expect orders of at least one container of goods each upon successful negotiation.

Nathaniel Umesh, the company's Deputy General Manager, Trading & Exports said, "We have made new contacts with buyers from different countries and regions through the Tea Fair, including buyers from the Chinese mainland, Hong Kong, Cambodia, Malaysia and Taiwan. Samples and quotations have been provided to them for further negotiations. We expect to participate in the fair again next year."

Running Aug. 17-21, the Public Hall at the Food Expo featured more than 570 exhibitors and five group pavilions, including the Chinese mainland, Canada, Japan, Korea and Taiwan, to promote local flavours from those countries and regions.

The Tainan Industrial Development and Investment Promotion Committee brought six companies to the Expo. Wang Chien-Min, Executive Director of the committee, said, "Many people visited our booths and our companies met serious buyers who are interested in exploring cooperation in sales and distribution. The Expo really provides a good stage to showcase our products and raise the profile of Tainan's fine food and snacks." He said that they would join the Expo again in the future to promote Tainan products.

Besides the Food Expo, the concurrent Home Delights Expo was also welcomed by the public. Eric Cheung, Senior Director, Customer & Business Development, CLP Power Hong Kong Ltd, said he thinks the Expo attracted target customers, aged 30-60, who are seeking to raise their standard of living. "The Home Delights Expo is held concurrently with Food Expo, creating synergies and attracting more visitors to our booth. We offered free gifts to consumers who downloaded our mobile app at our booth, so we expect a 10-20 per cent increase in the number of visitors."

Launched last year, the Beauty & Wellness Expo returned with more than 80 exhibitors this year. New pavilions from Korea and Taiwan also showcased their local quality products. Korean exhibitors sold products to public consumers and met with potential business partners. Yongsuk Kim Max, Assistant Manager, Fair Team, The Ocean, said that the Korean exhibitors were happy with the results. "For example, MiJin Cosmetics met with more than 20 potential business partners from Australia, Hong Kong, Singapore and Thailand who were keen to import raw materials from this company or to use its OEM service. BOM Co, Ltd, a hair and skincare product manufacturer, found eight potential distributors from Hong Kong, Malaysia and Singapore."