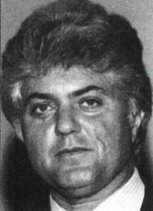 “Roger was a titan of our industry. The pioneering work he did throughout his lifetime not only helped to shape this business and the wider exhibition industry, but also marked some of the first steps towards a more connected world as the 70s presented a turning point for globalisation.”

“As markets began to open, he spotted an opportunity to create a series of businesses in emerging economies, starting with the Middle East in the 70s. In the 80s he was one of the first to expand into China and then, in the early 90s, he founded ITE Group with his brother Roddy, with a focus on Eastern Europe and Russia.”

“What came next was unprecedented for that time. The years that followed saw ITE grow from a team of three, to more than 850 people in over 10 countries. By 1998, ITE was organising more than 85 exhibitions, all crossing new boundaries and connecting the West with markets which were previously inaccessible. His innovations are still the cornerstone of the industry; he pioneered geo-cloning on a global scale and placed an enormous focus on customer experience – he believed that every event was a ‘show’.”

“When ITE transformed into Hyve in 2019, he could not have been prouder. He welcomed the new brand and was delighted to see the company’s pioneering spirit still setting the standard for the industry.”

“His huge appetite for life built him a reputation as a charismatic whirlwind of energy. His greatest strength was his humanity and he had an extraordinary ability to connect with people from all walks of life. He lived his life completely committed to everything he did and with passion, humility and a good dose of humour. He was one of life’s greatest showmen.

Roger leaves behind a legacy that resonates as much now as it did when he started his career. He was a disruptor by nature and never more inspired than when there was uncertainty around him. He recently commented on how Covid would accelerate all forms of disruption and, whilst he said this, the glint in his eyes shone at the opportunities which await the world. His distinctive characteristics of challenging the status quo, ambition and fearlessness will serve us well as we enter yet another ground-breaking new era for the company.”

Tradeshow Industry Trailblazer Jerry Kallman Passes Away
Typically, TSNN would write a straightforward news article on a long-time member of our industry’s passing - Gerald G. "Jerry" Kallman, Sr. – Jan. 10, 1931 - May 20, 2020 (…
Hargrove Founder Earl C. Hargrove Passes Away
Earl C. Hargrove, founder of Hargrove, a general service contracting company, passed away at age 86. Hargrove CEO Tim McGill and President Carla Hargrove-McGill issued…
Trade Show Industry Icon William T. Glasgow Passes Away
William T. Glasgow Sr., a 65-year veteran of the trade show industry, passed away peacefully in his home Oct. 23. “BG”, as he was known, started his career in the industry at…
Trade Show Journalist, Editor-in-chief Michael Hart Passes Away
Michael Hart, best known as the editor-in-chief for Tradeshow Week, died on March 12 at age 67, after a valiant, but tragic battle with cancer. "I am very sorry to hear of…
Mark Shashoua Will Step in as CEO of ITE Group, Company’s Half-year Revenues up 13 Percent
Mark Shashoua, who currently is CEO of London-based i2i Events Group, now will be stepping back into a familiar place, as CEO of ITE Group, also based in London. Shashoua was…
Long-time Experient VP Terence Donnelly Passes Away
The trade show industry lost one if its own July 20, Terence Donnelly, a long-time executive at Experient and a good friend to many. “Terence was full of positivity, always…