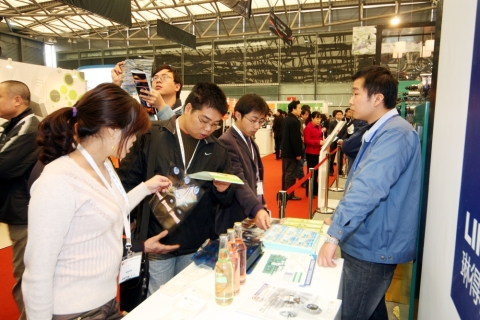 Unveiled at the beginning of 2103, the company’s “Quickening the Pace” strategy - focused on accelerating the pace of financial returns to its shareholders – has been hailed as a win, with Tarsus not only strengthening its core existing businesses, but also expanding into new markets in the past year.

In November, Tarsus invested in a 50-percent interest in a joint venture company from E.J. Krause, which owns two events in Mexico.

In the same month, PTIA held its first IIICE (infrastructure) show under Tarsus’ ownership. This show performed “very strongly”, according to company officials, and is expected to benefit in 2014 from the joint venture with E.J. Krause to run EXPO COMM alongside it.

"2013 has been another excellent year for the Group. Our major shows continue to go from strength to strength underlining the importance of continuing to invest in our market leading brands,” said Tarsus Group Managing Director Douglas Emslie.

He added, “Our moves into Mexico and Indonesia have substantially completed the footprint in the geographical markets we are aiming to develop.”

Tarsus kicked off 2014 by unveiling another show it acquired a 50-percent stake in – the China (Shenzhen) International Brand Underwear Fair (“SIUF”) - from Zhang Fengwei and associates.

SIUF was launched in 2006 and has become a leading show in the Asian/Pacific market for underwear garments.

It is an annual event held in May at the Shenzhen Exhibition and Conference Centre in Southern China.

Also at the beginning of this year, Tarsus acquired the outstanding 25 percent of the issued share capital of Istanbul-based IFO, not already owned by Tarsus, as well as the company agreed to sell up to 18 percent of its French business to Romuald Gadrat, the incumbent managing director of the division, who will continue to run the business going forward.

Selling off its assets in France is part of the company’s strategy to reduce exposure in the country, Tarsus officials said.

“We are delighted to add SIUF, a market leading exhibition to our portfolio. China is an important market for us and this acquisition fits with our “Quickening the Pace” strategy as well as providing synergies with our Off-Price shows in the US. This acquisition will consolidate our position in this fast growth market,” Emslie said.

He added, “IFO was Tarsus’s first purchase in Turkey, and we have been very pleased with its performance since then, so we are delighted to acquire the remaining 25-percent stake in the business.”

Here are some other key highlights from 2013:

·         The biannual Dubai Air Show in November hadrecord exhibitor orders of more than $206 billion. Performance at this event was ahead of expectations, with revenues 25 percent higher than the 2011 show and a strong rise in visitor numbers of 11 percent on a like-for-like basis.

·         Labelexpo Asia, held its 10th anniversary event in December in Shanghai and performed well, with revenues 10 percent ahead of the previous edition.

·         Hope, the group's Chinese joint venture, delivered another strong performance in 2013, with revenues up 19 percent.

·         Tarsus'Turkish business continues to perform well, with a total of seven shows held during the year and like-for-like revenues up 13 percent overall.

·         Labelexpo Europe took place in September in Brussels. It produced record increases of 11 percent in both like-for-like revenue and visitor attendance.

·         The February and August Off-Price Shows in Las Vegas performed well, with revenues up 4 percent overall.

·         The Medical division’s revenues for the year were slightly ahead of the previous year. This division’s largest event was held in December in Las Vegas and performed well, with revenues up 23 percent.

This year also is off to a good start for the company.

“Like-for-like bookings for our shows in 2014 are tracking 12 percent ahead of the equivalent time last year, notwithstanding slower sales on GZ Auto caused by protracted venue discussions, which have now been successfully concluded,” Emslie said.

He added, “We remain confident of delivering a good performance this year on a constant currency basis.”