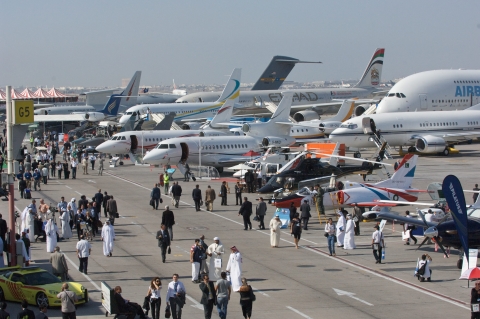 Last year was a another strong one for U.K.-based Tarsus Group, with the company posting full-year revenues of $132 million (£79 million), a 23-percent jump, compared with same-show year 2011, when biennial events such as the Dubai Air Show and Labelexpo Europe run.

With its core strategy of “Quickening the Pace” that focused on accelerating the pace of financial returns to the company’s shareholders as its cornerstone, Tarsus Group also had like-for-like revenues up 11 percent and profit before tax of $27 million (£15.9 million), compared with $5 million (£3.0 million) in 2011.

“2013 has been an exceptional year for Tarsus. We have delivered operationally and strategically on all our goals. In 2014, we will be focused on driving the business organically and we are already seeing very good progress in the U.S. and our key Emerging Markets to 'Quicken the pace' of our development," said Douglas Emslie, Tarsus Group's managing director.

Tarsus Chairman Neville Buch also said, "Our ‘Quickening the Pace’ growth strategy gained momentum in 2013. Visitor numbers were strong, and we increased our share of revenues from Emerging Markets and the U.S."

Driving a big revenue jump in 2013 was the Dubai Air Show, which saw revenues rise 25 percent and customers generated record orders of $206 billion. The show also had an 11 percent increase in attendees.

In addition, Labelexpo Europe had a record year, with its revenues up 11 percent.

Tarsus’ portfolio in other emerging markets had strong showings as well, with shows in Turkey posting a like-for-like revenue increase of 13 percent.

Hope, the Group's Chinese joint venture, again performed well in 2013 with like-for-like revenues up 22 percent. Growth was driven primarily by a strong performance of the medical equipment portfolio in Central China.

GZ Auto (auto aftermarket) had its first event under Tarsus’ ownership, following its purchase in late 2012, and delivered a very good result. This brand has been launched into other territories in 2014 including Indonesia and Thailand.

Labelexpo Asia, in its 10th edition, saw visitor numbers up 19 percent and revenues up 11 percent.

In the U.S., the Medical division's revenues for the year were slightly ahead of the previous year. This division's largest event was held in December 2013 in Las Vegas and performed well, with revenues up 24 percent.

The February 2013 Off-Price show in Las Vegas was a record event and the 2013 August show also recorded good growth. Overall, revenues were up 4 percent.

The Group made two small acquisitions during the year. In January 2013, it acquired 51 percent of Indonesian exhibition organizer PT Infrastructure Asia (“PTIA”) and in November 2013 it acquired 50 percent of two Mexican events from EJ Krause.

“The moves made during the year into Indonesia and Mexico substantially complete our geographical footprint,” Buch said.

He added, “Our strategy to replicate our major brands across our Emerging Market portfolio continues to gather pace.”

In last 2013 and going into 2014 the company made even more acquisition and launch moves, adding shows in its portfolio in China, Indonesia, Turkey and the U.S.

Even though 2014 is considered an ‘off’ year, with fewer of the large, biennial events, Tarsus predicts another successful year.

"We have made a good start to 2014 operationally and the recent strategic acquisitions will provide us with additional momentum and opportunity,” Buch said.

He added, “Despite the recent currency headwinds affecting some of our markets, with our portfolio of leading event brands, we are confident Tarsus can deliver a strong performance in 2014.”

In tandem with releasing its full-year revenues, Tarsus also announced a few board of directors changes.

Hugh Scrimgeour will become an executive director of the company March 5 and executive chairman of Tarsus China and Gary Marshall will step down as a Director of Tarsus, also March 5, to relocate to the UK to take up the post of COO of the Group.

Scrimgeour has more than 20 years of experience in exhibition and venue management in China and the U.K. He will lead the development and growth of the Group’s business in the region.

Marshall joined Tarsus in 2010 and for the last four years has been responsible for the Group’s significant initiatives in China. Both Scrimgeour and Marshall will report to Douglas Emslie, group managing director.

In addition, David Gilbertson, former CEO of Informa, will join the Board of Directors of Tarsus March 5 as a non-executive director.

“After a period of rapid expansion we have reconfigured the Board of Tarsus to even better address the opportunities and challenges of the future,” Buch said.