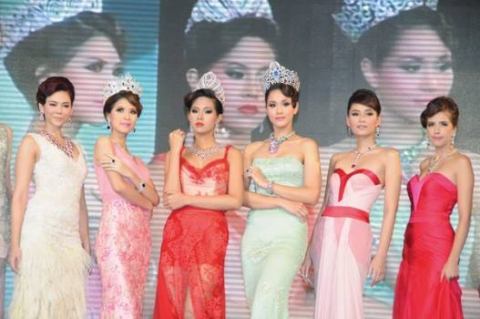 Savings await buyers planning to visit the upcoming 52nd Bangkok Gems and Jewelry Fair (BGJF52) after the Thai government last month announced the lifting of the 20 percent tax on imported gems and jewelry products to be sold at the exhibition.

Foreign exhibitors are now allowed to bring in and sell gems and jewelry from their countries duty-free, while local exhibitors can reduce selling prices as they cut down on imported parts and products’ costs.

Both local and foreign buyers can thus take advantage of the 20 percent savings.

Somchai Phornchindarak, president of the Thai Gem and Jewelry Traders Association (TGJTA) and chairman of the Gems, Jewelry and Precious Metal Confederation of Thailand, said the government decision came at the heels of TGJTA’s strong advocacy for a concessional duty rate of 0 percent.

“We are privileged to have the government working alongside us so directly,” he added.

The BGJF52, scheduled Sept. 6-10 at Bangkok’s IMPACT Muang Thong Thani Hall, is expected to draw tens of thousands of buyers from all around the world.

Buyers at February’s fair reached more than 30,000, coming from more than 130-plus countries, including Dubai, Russia, China, Bahrain, Brazil and Canada.

The biannual event is billed as the world’s fifth and Asia’s second largest trade show in the gems and jewelry industry. BGJF boasts of gross export revenues exceeding USD12.8 Billion.

Another tax-free incentive awaiting visitors at the Fair is the Zero VAT Pavilion, where buyers are exempted from paying the 7 percent value-added tax imposed on rough gems and raw materials imported into Thailand.

A new feature added to this year’s BGJF is a free, three-day, two-night hotel accommodation for first-time visitors who are a part of the Business Matching Service, a system of pre-arrangement, where foreign buyers are allowed to choose the suppliers whom they wish to transact with before the fair opens.

The hotel accommodation also is being offered to visitors who have not been able to attend BGJF for the past three years.