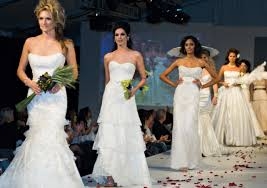 The shows, held each January and June, have more than 1,000 exhibit booths with 900 exhibiting companies and attract 20,000-plus attendees each year.

“Will Hegarty and his team created the Bridal Fashion Debut events many years ago and built up the business into the two largest Bridal Expos in the United States,” said Nick Curci, president of Corporate Solutions, which worked on the deal.

He added, “Townsquare Media was the winning bidder and ultimately the perfect buyer of the events.  Not only do they own many other similar consumer shows, but also own hundreds of local radio stations that support the promotional advertising campaigns for many of their events.”

Townsquare Media assets include 310 radio stations and over 325 local companion websites in 66 small to mid-sized markets, a national portfolio of music and entertainment digital properties reaching over 50 million US unique visitors monthly, as well as approximately 500 live music and non-music events annually, and Seize the Deal, an E-commerce business.

“The combination of the strength of the (Bridal Fashion Debut) shows and the powerful organization of Townsquare Media will surely result in many other large scale bridal events in other locations in the United States,” Curci said.