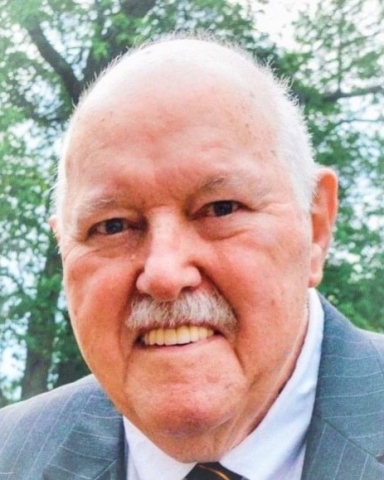 In these times we are in, and because of the person Jerry was overall, I wanted to write something a bit more personal.

I have been incredibly lucky to have some great mentors in this industry during the years – Jerry was one of them.

Early on, he opened my eyes and taught me quite a bit about the international trade show industry. He was a trailblazer in areas all around the world for exhibitions.

Here is an excerpt from his obituary of just a small bit of what he accomplished in his decades-long career:

For nearly four-decades he represented the German State of Bavaria and the Munich Trade Fair organization. His success in fostering trade between the U.S. and Germany earned him both the “Key to the City” of Munich and the country’s highest honor given to non-German citizens, the Federal Cross of Merit.

In the United States, Jerry was recognized with Lifetime Achievement Awards by every major trade fair industry association.

Most of all, Jerry was an incredibly kind person.

On a promotion I received not too long ago, Jerry wrote in an email subject line ‘Atta Girl!’ and said, “Just got wind of your appointment and want to add my congrats to those of your many friends and colleagues.  I am sure there will be new challenges and opportunities, just as I am certain you will meet and exceed each. Best wishes, Jerry Kallman”

He was one of those people who never met a stranger and will be greatly missed.

Thoughts and prayers to his friends and family.

Jerry’s tribute page is here if anyone would like to leave a message: https://www.feeneyfuneralhome.com/tributes/Gerald-Kallman

The family also appreciates your condolences and humbly suggests any donations to the Ridgewood Rotary Foundation’s Kishermoruak Primary School. https://www.paypal.com/cgi-bin/webscr?cmd=_s-xclick&hosted_button_id=CTSTN7L6NF5QL&source=url

Trade Show Leader: Kallman Worldwide’s Jerry Kallman Sr.
There aren’t too many people who can claim they have been in the industry for more than 50 years, but Jerry Kallman Sr. started off in 1963. Since 1963, Kallman Associates…
Roger Shashoua, Founder of ITE Group and Trade Show Trailblazer, Passes Away
Roger Shashoua, the founder of U.K.-based ITE Group - now called Hyve Group and run my Roger’s son Mark – has passed away. Hyve Group released the following statement about…
Trade Show Industry Icon William T. Glasgow Passes Away
William T. Glasgow Sr., a 65-year veteran of the trade show industry, passed away peacefully in his home Oct. 23. “BG”, as he was known, started his career in the industry at…
Hargrove Founder Earl C. Hargrove Passes Away
Earl C. Hargrove, founder of Hargrove, a general service contracting company, passed away at age 86. Hargrove CEO Tim McGill and President Carla Hargrove-McGill issued…
Long-time Experient VP Terence Donnelly Passes Away
The trade show industry lost one if its own July 20, Terence Donnelly, a long-time executive at Experient and a good friend to many. “Terence was full of positivity, always…
Former SISO Chair and Industry Icon James Bracken Passes Away
Former SISO Chair and retired exhibition industry icon James Bracken passed away on Jan. 18. He was 87. Bracken served as SISO’s chair in 2004, and SISO officials expressed…