Trends & Stats Signaling That Internet of Things Is Here to Stay 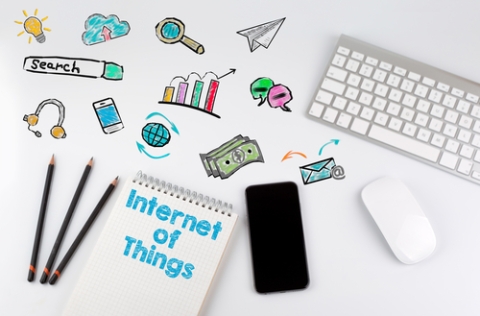 From wearable tech to connected home devices to augmented reality, the Internet of Things (IoT) has set fire to the imagination of key players in the consumer technology industry.

Like any other nascent technology, IoT comes with its own unique set of implementation challenges. However, mostly because of the tremendous potential it holds, the initial setbacks did not deter the enthusiastic early adopters in the first half of this decade. In 2016, IoT made it from a fringe concept to something that is alive and buzzing in the mainstream consumer consciousness. As per a report/infographic published by Intel, by 2020, there will be around 26 smart objects for every human being on earth!

All around us, there are many clear signs indicating that not only is IoT here to stay but that it will also bring a huge transformation to how we interact with the world around us.

The manufacturers and providers are enthusiastic about IoT because connected devices enable them to collect data to strengthen their services and pass on many benefits to the consumers. Hopefully, 2017 will see a greater emphasis on standardization and security to ensure that IoT technology lives up to its full potential in the long run.

National Stationery Show Survives by Staying in Step with Trends
In the 1940s, department stores were the primary retailers of most every item for daily life, including stationery and writing instruments. Tessie Goldwater, a buyer for May’…
Texworld USA Winter Edition Stays on Trend with New Features
Ready to source fabric and network with industry peers, buyers flooded into Texworld USA Winter 2018 edition in record numbers. Held Jan. 22-24 at the Jacob K. Javits Center…
Stay in Touch?
"What we've got here is failure to communicate." - Prison Warden, Cool Hand Luke Technology has changed our lives dramatically, especially in terms of communication. The…
Chatbots Signal the Arrival of the 24/7 Workforce
Meet Betty. She fields attendee questions, answers them with accuracy, oh, and she works all day, every day, even holidays. What kind of superhuman is this? She’s not a…
Exhibitions Mean Business: Here’s Why!
Exhibitions are ubiquitous, yet are not seen as economic engines driving our GDP. It’s time for that to change. Exhibitions and events represent an incredibly diverse and…
Why Experiential? Here Are Three Reasons
Forbes recently published a terrific article entitled 3 Reasons Why CMOs Should Embrace Experiential Marketing. Lots of areas for agreement. But I think it could have gone a…