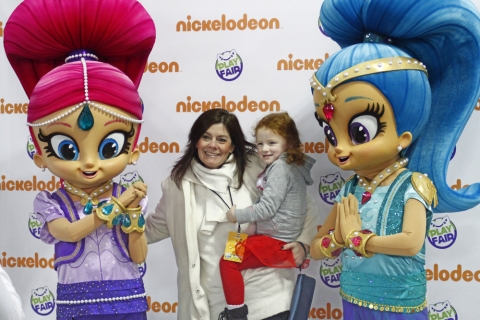 Urban Expositions snagged another property for its burgeoning portfolio – LeftField Media – which has several consumer events around the United States. Terms of the deal were not disclosed.

Clarion's deal involves it buying out the shares of Jones, Brighton and Enright, with Topalian staying on as minority owner of the company and president.

"From the beginning, we knew LeftField Media would be a success in the marketplace, and it certainly has demonstrated that since its inception," Jones said. "Urban Expositions and Clarion Events are well appointed to provide a strong platform to further excel the growth of the LeftField Media business."

"LeftField Media's seen incredible growth in under two years, and I'm very proud of the events and relationships we've developed," Topalian said. "I'm excited now to see what we can do with the resources and confidence of a global event organizer at our back. I'm deeply impressed by the team at Urban Expositions and Clarion, and look forward to what we'll build together."

He added, "We both build successful, dynamic, and creative businesses, and we value an entrepreneurial spirit. We're excited to foster this further at LeftField and jointly build new businesses."

LeftField's portfolio includes Play Fair - a family-focused celebration of toys and play built with the Toy Industry Association and brands including LEGO, Nickelodeon, Hasbro, Mattel, and Cartoon Network - as well as Awesome Con – Washington D.C.'s Comic Con, which saw more than 55-percebt growth this year, drawing 50,000-plus fans and partners such as Science Channel, NASA, and the Smithsonian.

Topalian's team at LeftField, a group of tradeshow veterans and knowledgeable fans from the communities it serves, will continue to operate the business, with Clarion bolstering LeftField Media's ability to rapidly launch, acquire and grow new events.

Clarion operates more than 200 events in 20 countries and entered the U.S. market in 2015 through acquiring majority ownership of the Georgia-based Urban Expositions.

LeftField further amplifies Urban Expositions' and Clarion's reach in the world of consumer events in the U.S.

LeftField, with Clarion backing, looks to announce new events and the expansion of its current shows in the coming months.

This expansion will complement the existing consumer events currently operating across the Urban and Clarion business, which include SOFA Chicago, The Classic Auto Show, Destinations and The Classic Motor Show to name a few.