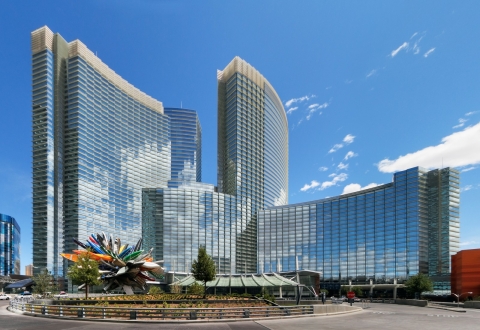 The Aria Resort & Casino has unveiled plans for a major expansion of its LEED Gold-certified convention center in Las Vegas.

The $154 million project will feature an additional 200,000 square feet of technologically advanced, flexible meeting space across four stories, highlighted by indoor/open-air spaces and a glass-enclosed venue with views of The Park and new Las Vegas Arena.

With the completion of the expansion, ARIA will feature more than 500,000 square feet of meeting space for its clientele.

Construction is scheduled to begin May 2016 with anticipated completion February 2018.

“Convention business at ARIA is booming, and demand is currently exceeding the space we have available,” said Bobby Baldwin, ARIA’s president & COO. “Hosting large meetings and conventions is a core part of our business; as our clients’ needs grow, we are committed to grow with them.”

“Our guests expect luxurious offerings and will be wowed by the new convention space,” said Tony Yousfi, ARIA’s vice president of sales, said.

He added, “With the addition of this elite 200,000-square-foot venue, ARIA exponentially increases the spectrum of events and services that can be hosted at our AAA Five Diamond resort.”

The first level will feature an open ballroom with ample pre-function spaces, and access to an exclusive loading dock for events that require sizable displays.

The facility’s top floor will complement a ballroom with an outdoor patio that can accommodate receptions for up to 2,000 guests. The top-floor patio will feature views overlooking The Park and Las Vegas Arena, both of which are slated to open in April 2016.

ARIA was named the top meeting resort in North America by Cvent; received the 2015 Gold Platter and Gold Key Awards from Meetings & Conventions magazine; and was named Smart Meetings’ Best Gaming/Casino Hotel in 2015.

The new convention space will take the place of the location currently occupied by Cirque du Soleil’s production of Zarkana, which will close April 30.