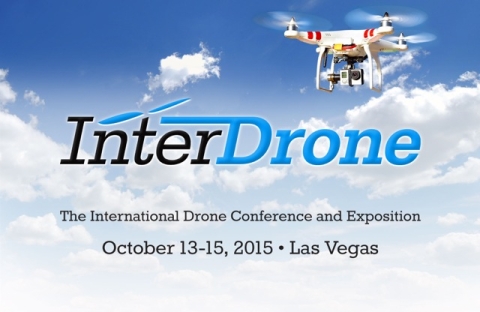 Ted Bahr, president and CEO of Melville, N.Y.-based BZ Media, said now is the right time to launch a new show his company’s been strategizing about for a while: InterDrone, the International Drone Conference and Exposition will debut Sept. 9-11 next year in Las Vegas.

“We have been tracking this market closely for two years and are convinced that this growing industry needs an event 100 percent focused on the commercial drone market and that the right place for that event to thrive and grow is Las Vegas,” Bahr added.

He said, “Our goal is the build the largest dedicated commercial drone event in North America.”

More than 2,000 drone builders, flyers, and buyers are expected to attend the first annual event bringing together all the key participants in the growing market for commercial drone aircraft.

The three-day event will feature a two-day technical conference for drone-building engineers and software developers and an overlapping conference for the buyers and flyers of commercial drones, with more than 60 classes, panels and keynotes in all.

There also will be an exposition with 70-plus exhibitors expected to display their latest products and technology.

Bahr said of the timing of launching the show now: “It just feels like the market, although still heavily regulated by the FAA (Federal Aviation Administration), is ready to take off.”

He added, “We wanted to make sure that we did not conflict with the big association show for unmanned systems, UAVSI, which is held each May, and, at the same time, give ourselves a full one-year run-up to the event to make it really big. Otherwise, we probably would have launched sooner.”

Drone is the familiar name for what are alternately called unmanned aircraft systems (UAS), unmanned air vehicles (UAV), or Unmanned Systems. The work of peaceful commercial drones is surprising people with the dozens and dozens of practical uses being written about nearly every day in the press.

While the defense market for drones dwarfs commercial spending today, a BI Intelligence analyst report expects nearly $12 billion to be spent on commercial drones over the next decade, with growth ramping up quickly.

The exposition will allow manufacturers of drones to both source product from OEM exhibitors as well as meet and sell to professional commercial drone buyers in the agriculture, journalism, film, search & rescue, real estate, and many other industries.

“This will be a one-stop and a must-attend event for builders, buyers and flyers of commercial drones,” Bahr said.

The exposition will also include a drone demonstration area, the Yes Fly Zone™, in the exhibit hall.

BZ Media also publishes SD Times, the leading magazine for the software development industry. Bahr previously founded the Embedded Systems Conference (ESC) in 1989, which covers much of the underlying technology used in drones.

SPAR Point Group Will Launch Commercial UAV Expo Next Year in Las Vegas
SPAR Point Group, a division of Diversified Communications, will launch the Commercial UAV Expo Oct. 5-7 at Caesars Palace, Las Vegas. As organizers of 3D technology events…
Emerald and Comexposium to Launch SIAL America In Las Vegas, Gardner Business Media to Debut PTXPO In 2022
In response to audience and industry demand, three leading show organizers are gearing up to launch two new trade shows for the food and beverage and the plastics processing…
Pharma Expo Will Feature 160 Companies in Las Vegas
When PACK EXPO Las Vegas kicks Sept. 28-30 at the Las Vegas Convention Center, it will be collocated with Pharma Expo – which will have the latest manufacturing advances for…
Las Vegas CC Will Once Again Host Four Largest Citywide Shows in 2015
Four of Las Vegas’ largest trade shows, including No. 1 International CES®, No. 2 SEMA Show, No. 8 World of Concrete Exposition and No. 9 ASD LV will return to the Las Vegas…
Toy Industry Association, LeftField Media Will Debut Play Fair in New York City
Every year, when thousands of attendees head to the Toy Industry Association’s North American International Toy Fair, the only thing missing on the showfloor filled with toys…
Cox Business Will Enhance Connectivity at Wynn Las Vegas’ Expansion
The forthcoming expansion of the Wynn Las Vegas convention center, set to be complete in February 2020, is getting more high tech. Cox Business announced this week that it…