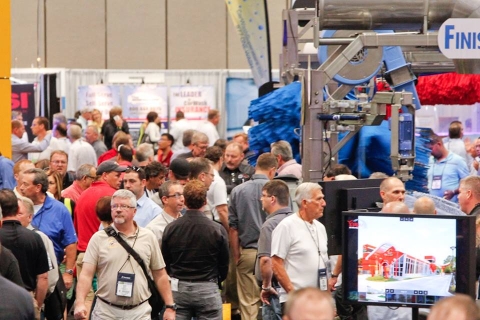 The total attendance number represented a 22 percent increase, compared with last year's convention and trade show in Chicago and was the event's largest total since 2008.

"We're in the midst of a period of great growth for the car wash industry. Data from our Wash Count program and reports from operators across North America confirm strong wash volumes, ticket averages and profitability," said International Carwash Association CEO Eric Wulf.

He added, "Couple those dynamics with the improvements we've made in the event since just last year, and we couldn't be happier with the results of The Car Wash Show 2015.”

Participation in an expanded menu of educational offerings and networking events (more than 1,200) and the number of car wash locations represented at the show (more than 10,000) set all-time records.

Also, the exhibition hall was the largest since 2010, with nearly 125,000 net square feet of product and service displays.