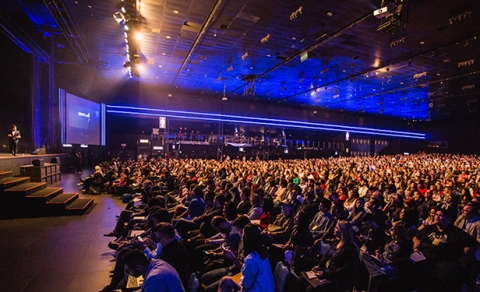 The Center for Exhibition Industry Research released preliminary projections today that outline the impact that the novel coronavirus pandemic will have on the U.S. B2B exhibition industry in the coming months. According to CEIR officials, these calculations were obtained from data it collected from exhibition and event organizers who have cancelled their events.

“We have been closely monitoring the progress of COVID-19 in anticipation of how it will impact our industry for weeks,” said Cathy Breden, CEO of CEIR. “Data collection and analysis takes time, and we are pleased to have enough information now to answer some of the questions we have been receiving.”

As of March 15, 50 B2B trade shows and events have announced cancellations, resulting in a total loss of 5.2 million NSF and $318 million in show organizer revenue. When considering the direct spending of exhibitors and attendees, CEIR projects the loss to the economy to be around $1.8 billion.

New cancellation announcements are appearing daily, which is likely to ramp up following the CDC’s March 15 recommendation that events attracting 50 or more people be cancelled for the next eight weeks. On March 16, the Trump Administration escalated guidelines, advising people to avoid gatherings of more than 10 people.

With about 2,500 B2B events held between March 1 and May 15 each year, CEIR believes that about 50-80 percent of those events have already canceled or will likely cancel in the coming weeks. Based on the cancellations reported as of March 15, CEIR calculates that this will result in a loss of 41 to 65 million NSF and $2.3 billion to $3.6 billion in show organizer revenue. Combined with direct spending by exhibitors and attendees, CEIR estimates the total loss to the economy to be between $14 billion and $22 billion.

However, not all of CEIR’s projections were bleak.

According to Carrie Ferenac, 2020 chairperson of the CEIR board of directors, the information CEIR compiled can be a helpful resource for helping federal legislators understand the economic impact of the B2B exhibitions industry.

“The information is being shared with industry associations who are advocating on the importance of trade shows to the U.S. economy, and the tremendous negative impact COVID-19 has had on organizer companies, venues and service providers, and to the people they employ,” said Ferenac.

For a more in-depth analysis by Shaw on the market effects of COVID-19, go here.

COVID-19’s Impact on U.S. B2B Exhibitions Is Accelerating, Says CEIR Survey
During its June 30 webinar, “June 2020 Update on Impact of COVID-19 on U.S. B2B Exhibition Organizations,” the Center for Exhibition Industry Research released the results of…
CEIR Poll Shows COVID-19 Impact on U.S. B2B Trade Show Organizers
During its April 22 webinar, “Navigating the COVID-19 Crisis Landscape,” the Center for Exhibition Industry Research provided a sobering yet hopeful glimpse into what the…
UFI’s Global Barometer Indicates COVID-19 Impacts 95 Percent of Exhibition Companies
UFI, the Global Association of the Exhibition Industry, released the latest edition of its Global Barometer research that took the pulse of more than 450 exhibition…
8 Trends from PCMA Survey of COVID-19 Impact on Event Professionals
A few weeks ago, PCMA sent out an email invitation to event planners and suppliers asking for participation in a survey on how they were reacting to the COVID-19 pandemic and…
SISO Town Hall Gathers Trade Show Leaders to Discuss COVID-19 Impact
Like all in-person events right now, the Society of Independent Show Organizers had to cancel its’ annual SISO CEO Summit, which gathers executives from the for-profit global…
ASAE Calls for More Association-Specific Relief for COVID-19 Impacted Organizations
ASAE applauded Congress for swiftly constructing a $2.2 trillion emergency coronavirus relief package while calling on policymakers to include more association-specific…