Global Trade Show Industry Stays on Course thru 2015, First Half of 2016 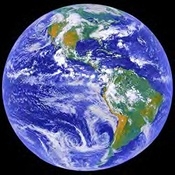 Even with Greece throwing the Eurozone into uncertainty and the China stock market dipping precipitously, the trade show industry in these two regions, and the majority of others worldwide, is reporting positive gains, according to UFI’s 15th Global Barometer survey.

An average of 6 companies out of 10 declared increases in their businesses.

When compared to 2014, the situation is stable for the Americas and Europe, but it reflects a slight slowdown in Asia/Pacific or Middle East and Africa, who had higher levels of growth in 2014.

However, both the United States and China outperform their respective regions, with more than 7 companies out of 10 declaring increases.

“Despite fairly different economic situations around the world, the regional consolidated results indicate some converging positive results in terms of turnover increase for the coming year,” said Paul Woodward, UFI, The Global Association of the Exhibition Industry's managing director.

China outperforms these results, with 58 percent of companies expecting an increase of more than 10 percent of their 2015 operating profits.

Around half of respondents from all regions declared that the impact of the “economic crisis” on their exhibition business is finally behind them.

This level is similar to the one reached 6 months ago, except in Europe where the level of confidence increases from 28 percent to 45 percent.

Environmental challenges (customer expectations, regulations, etc.) appear, as in the last 3 surveys, as the next most important issue.

“This survey proves very useful for the industry and its stakeholders, and we encourage all surveyed companies to keep providing their input for the next editions,” Woodward said.

Global Exhibition Industry Growth Slows in First Half of 2019
Revenue growth has slowed in the first half of 2019, compared with the same time period in 2018, according to UFI, the Global Association for the Exhibition Industry in its…
Trade Show Industry Growth Dips First Time in 25 Consecutive Quarters
The Center for Industry Research released its latest CEIR Total Index Report that indicated growth of the trade show industry declined during the fourth quarter of 2016.…
Kuala Lumpur Convention Centre Draws Nearly 780,000 Attendees in First Half of 2015
The Kuala Lumpur Convention Centre (the Centre) has chalked up a busy first half in its 10th year of operation with a recorded 661 events drawing a total 778,414 delegates…
UFI’s Global Barometer Indicates Positive Trade Show Industry Growth
In the recently released Global Barometer survey conducted by UFI - The Global Association of the Exhibition Industry, the majority of trade show companies worldwide are…
Teamsters Local 25 Launches First Training Program for Boston’s Trade Show Industry
In an effort to draw more top-tier trade shows to Boston, Teamsters Local 25 has launched the city’s first trade show worker training program. The goal of the program is to…
Trade Show Industry Grows Impressive 4.6 Percent in Q1 2015
The severe winter weather in much of the U.S. didn’t put a damper on the trade show industry, with the Center for Exhibition Industry Research’s quarterly CEIR Index Report…