PCMA Announces Proposed Slate of 2017 Board Officers and Directors 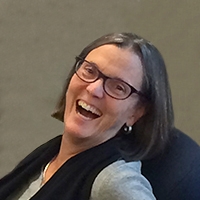 The Professional Convention Management Association (PCMA) Nominating Committee met on Aug. 23 in Chicago and reviewed, in detail, a number of nominee applications for the 2017 open board officers and directors positions.

After due diligence and deliberation, the committee offers the following slate of candidates for leadership positions on the 2017 PCMA Board of Directors.

According to the PCMA Bylaws, this official announcement of the proposed slate is to be sent to the membership by Oct. 1.

The nominating process, according to the Bylaws (Article XII, Section 1(d)), allows for additional nominations for any officer or director position by members who submit a petition.

The petition is required to be signed by 5 percent of the members from the respective membership category appropriate to that position, and submitted to the President and CEO no later than the close of business Nov. 1.

If you are interested in submitting a petition, please contact Deborah Sexton, President and CEO, at 312.423.7264 or deborah.sexton@pcma.org for petition details and procedures.

Unless there are additional petition nominations from the membership, the following officers and directors will be deemed elected and will take office immediately following the 60th PCMA annual meeting, Convening Leaders, in Austin, TX.

The following individuals are currently serving terms as Directors: