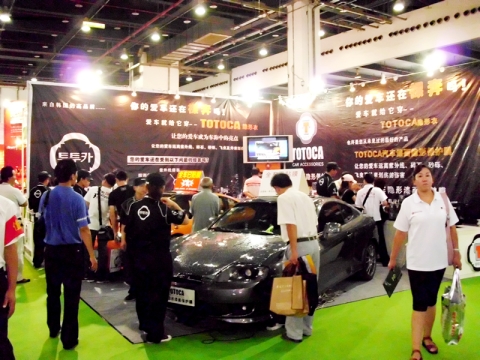 The exhibition is a stage on which manufacturers and suppliers showcase products for auto interiors/exteriors, customization, car care, electronics, appliances, modified cars and parts.

“We took on CSAE because the prospects for a high performing show in the automotive aftermarket are very promising,” said Preecha S. Chen, president of Reed Exhibitions Greater China.

Chen added, “We look forward to transforming the show into an even more effective commercial channel by boosting the quality of visitors, enhancing the show's content and presenting it with the professionalism and power typical of the Reed brand.  Our long-term goal is to take CSAE from its current regional leadership position to one of the most important automotive trade events nationwide, and across Asia.”

Established in 2003, CSAE has run 10 successful consecutive editions to date; the last of which took place from August 22 to August 24 at the Shanghai New International Expo Center.

It also featured more than 200 local and international exhibitors, together with thousands of visitors from all over Asia, as well as participants from the US, the Middle East and Europe.

CSAE 2013 will take place next August at the Shanghai New International Expo Center.