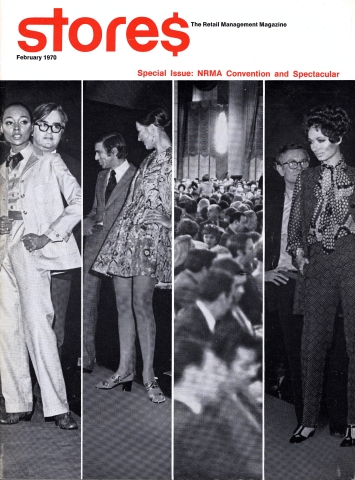 Attendees at the National Retail Dry Goods Association (NRDGA) Annual Meeting in January 1911 probably didn’t realize they were witnessing history in the making. But what started that year as a small event at a hotel in New York City during the annual buyers’ market has now become Retail’s BIG Show, one of the longest-running trade shows in the U.S.

The NRDGA chose January because that was when retailers flooded New York fresh from their cash-infused holiday season, ready to purchase apparel and merchandise for the coming year. But holding the event in the height of winter has sometimes presented challenges. By the 1980s, the event had grown to nearly 10,000 attendees and couldn’t fit into a single venue, so activities were split between the Sheraton New York and the Hilton hotels.

“Attendees left their coats behind, crossing 52nd Street – sometimes in deep snow and always in freezing cold weather – between educational sessions and meetings to review products and services ranging from hangers to shopping bags and cash registers.” said Susan Newman, senior vice president of Conferences and Marketing for the National Retail Federation ((NRF), producer of the BIG Show.

By the 1990s, technology vendors were clamoring for exhibit space, pushing out many of the traditional products. The Hilton was bursting at the seams with exhibits covering ballrooms on four floors, in addition to the hallways. Educational sessions were still being held across the street at the Sheraton. To accommodate the growing number of attendees and exhibitors, the show moved to the Jacob K. Javits Convention Center in 1997, where it has experienced steady growth ever since and has made the TSNN Top 50 fastest-growing shows list numerous times. The 2016 edition of Retail’s BIG Show hosted more than 33,000 attendees and exhibitors from 94 countries around the globe.

In the early days, the show’s emphasis was on store fixtures and supplies such as display shelves and hangers. But as technology evolved, so did the showfloor. Now the exhibitor list includes a diverse array of tools that retailers need (and consumers expect) to create a modern shopping experience with categories including merchandising, operations, information technology, customer service, supply chain management, and more. “Retail is changing so fast and we’re a one-stop-shop to help [attendees] stay on top of all that change,” Newman said.

One thing that hasn’t changed in more than 100 years is the show's mission to educate retailers and give them perspective on the future of retail. Exhibitor-led BIG !dea sessions focus on topics to help retailers overcome challenges and the ever-changing demands of creating personalized customer experiences, maximizing mobile and e-commerce technology, improving global reach, and more.

Newman attributes much of the BIG Show’s success to the fact that it provides direct access to information and technology solutions that retailers want and need to grow their businesses. “Time is money, and to see it all in one place gives them an idea of all that’s available in an incredibly efficient and effective way,” she said.

SEMA Show Still Cruisin' After Five Decades
Fifty years ago, about 2,000 attendees and 80 exhibitors gathered under the grandstands at Dodger Stadium in Los Angeles for the first Speed Equipment Manufacturers…
National Retail Federation Grows Retail’s BIG Show the “Right Way”
The National Retail Federation’s annual show for the industry – Retail’s BIG Show – definitely takes after its moniker; The show IS big, in fact this year’s, which was held…
Events with Strong Brands See Big Benefits
By Elizabeth Johnson ‘Branding’ is perhaps the most commonly used, but most commonly misunderstood, word in business. Reactions to brands, such as Coca-Cola or Apple, are…
Nancy Walsh to Leave Reed Exhibitions After 32 Years
Nancy Walsh, president of Reed Exhibitions U.S., is leaving the company after more than three decades. Over her tenure, Walsh held numerous roles across the business and…
LIGHTFAIR International Heads Back to Chicago After 23-Year Hiatus
LIGHTFAIR® International (LFI) has announced it will hold its 2018 trade show and conference at McCormick Place in Chicago. Set for May 6-10, the event will mark LIGHTFAIR’s…
Small Booth? Here's How You Can Still Win Big at Your Next Trade Show
Trade show professionals know that bigger booths tend to grab the most attention from attendees. A bigger booth means that massive creative displays can be set up, so…