Dodger Blue and the Opportunity in Event Marketing 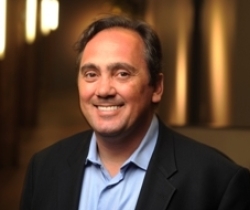 Tony Lorenz, founder of bXb Online. bXb is developing an online network, organized by distinct industry channels, featuring the most progressive content and community in the global B-to-B marketplace

Full disclosure: I am not an LA Dodger fan. I am an insufferable Chicago Cub fan. This is our year. Really.

The LA Dodgers just sold for US$ 2.15 Billion. Nice day for Frank McCourt, a fairly vilified citizen of LA; not quite as nice for his ex-wife Jamie. But that is another post.

Why should the event marketing industry care?

The Dodgers sale goes beyond the actual games and the true dollar value comes from the extension of the games off the field, in much the same way that trade shows and meetings now are looking to extend their live events by embracing the online extensions of face-to-face events.

The recent Sale of the LA Dodgers was a transaction that has garnered a metric ton of attention in the last few days. Knowing the legacy of the Dodgers, you would think that the competitive bid for the team was a function of many wealthy Dodger fans, from LA and NY especially, who want to be a part of Dodger history. Even a Cub fan has to face that music. Owning the team that once fielded the likes of Sandy Koufax, Don Drysdale and Kirk Gibson would be very cool for any number of qualified buyers who bleed Dodger Blue.

But the Dodgers are in bankruptcy court thanks to a very bitter divorce battle. Their on-field and financial performance has been mediocre at best of late. Their ticket prices are already relatively high. They have an aging stadium in need of US$ 200 million in capital improvement to bring it to par with most other baseball stadiums out there.

So of course they sell for over 7 times revenue; a full US$ 1 billion over their very recently appraised value!

The Dodgers were purchased by a group of very bright financial professionals lead by Guggenheim Partners, a Chicago-based group with, truth be told, surprisingly little starry-eyed admiration for the history of the Dodger franchise.

“… it's not a baseball deal first but rather a television and entertainment deal that also comes with a real-estate opportunity, then you can begin to scratch your way back toward justifying the price," said David Carter, director of the Sports Business Institute at the University of Southern California in a recent WSJ article.

And there we have the reason why the event marketing industry should care.

The new Dodger ownership knows that they must field great content. In their case it's a competitive baseball team. In our case in this industry, we must field strong content at our conventions and tradeshows.

But the real value to be harvested by Guggenheim is in the wider marketplace of those people who just can’t get to Dodger Stadium. Much like trade shows and conventions, the Dodgers have an opportunity to more aggressively monetize the extended audience who can’t make it to the game.

The top 20 tradeshows in our industry, most of them owned by associations, when reviewed in aggregate drive more event revenue over just twenty events than the LA Dodgers do in a full 162 game season. And those twenty events are much more profitable today than a full Dodger season. Trade show/convention profits then fund important advocacy and other association activities.

This model rolls through a tradeshow and convention industry with approximately US$ 100 billion in the US alone every single year; just a portion of the greater annual meetings and events spend of US$ 263 billion. Direct revenue in trade shows run by B2B media companies was approximately US$ 11 billion last year. The Dodgers revenue at its high water market was under US$ 300 million. The entire revenue line of the four major US professional sports leagues – NHL, MFL, MLB and NBA combined is just US $ 25 billion.

So our upside from newly expanded content distribution in event marketing industry is shall we say, considerable; especially given the fact that most of our content is attractive to a global marketplace. Interest in the Dodgers drops off considerably once outside of North America.

Soon to be expanding highly profitable Dodger revenue will go to Guggenheim Partners, as it should. They see the market opportunity and are investing in the business to harvest the value outside of their Dodger Stadium gate.

The Dodgers received 7X on revenue primarily because they are about to better monetize the broadcast rights in their region, probably through a lucrative deal with an existing regional network. Or they will build their own regional network as Yankees have done. Tougher sledding as that is not really their business. The Texas Rangers have a very interesting story. You will see the parallels.

Guggenheim cannot justify the price based on the revenue from their 162 events. They justify it on the back of the broadcast of that game to the wider marketplace.

Will the content owners in our industry leverage their investment, as Guggenheim and the rest of sports ownership has increasingly done over the years?

This analogy works – even though the numbers in B2B events are actually much more global than professional sports in the US. And the competition comes to B2B, albeit in a different form.

Every day we gain more and more support for thisindustry network being modeled by the industry, for the industry.