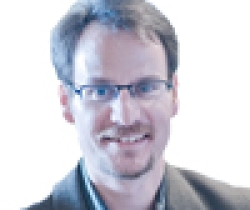 You've seen him or her as you walk down the trade show aisle. You point him or her out to your colleagues, trying to not let him see you as you do. You let out a nervous laugh as you pass his/her trade show display -  what if they try to talk to you?

He or she is "that guy(or gal)," and they're doing trade shows all wrong.

Here are eight things you and the other trade show attendees are saying about "that guy":

1.  "Why did that guy/gal even come to the show?" They're typing on their computer, talking on their cell phone, texting on their smartphone - basically doing everything in their booth, except engaging with attendees. They shouldn't be doing things they would normally do back at his office; they should be working the show.

2.  "What did that guy/gal just say to me?" Starting a conversation with a stranger in the aisle takes a delicate touch. But there are offensive booth staffers who still think it's okay to obviously read a person's badge and say, "Hey Mike, how are you doing?" without realizing just how cheesy that sounds.

3.  "What does that guy's/gal's company do? If your exhibit graphics don't make it clear what products you sell and what value you bring to your customers, then trade show attendees (who are already short on time and overstimulated) are not going to take the time to find out.

4.  "Why is that guy's/gal's company at this show?" There are thousands of shows, whose attendees have various mixes of job titles, vertical markets, company sizes, and buying authority.  The guy who tries to sell products to attendees who are not a good fit can stand out for the wrong reason.

5.  "When did that guy/gal last get a haircut?" From a bad haircut to a rumpled suit to a pair of scratched-up shoes, poorly groomed booth staffers can look more like the guy/gal people want to cross the street to avoid than a person who you want to talk to. As a representative of your company's brand, it's up to you to look the part.

6.  "Why did that guy/gal give me that giveaway?" Trade show attendees want giveaways that are useful, fun, valuable, durable, and most of all, relevant to their specific needs. But some "that guy/gal" exhibitors continue to foist unwanted trinkets to save a buck or in the flawed logic of "we've always done it that way."

7.  "What year did that guy's/gal's trade show booth come from?" Some guy's/gal's booths look like they should be on The Antiques Road Show, instead of at their industry trade show. Don't be the guy/gal with a trade show booth that attendees confuse with an artifact, or an escapee from a time machine.

8.  "Why didn't that guy/gal call me after last year's show?" If you put all your energies into getting leads at the show, but don't follow up on them after the show, you've broken your promise to your booth visitors.They'll remember that next year and skip your booth.

So while you may not be "that guy/gal" with a comb-over hairstyle or the loud cell-phone talker at a restaurant, you still don't want to be "that guy/gal" at trade shows. Instead, demonstrate class, intelligence and market-savvy to your trade show visitors, so they recognize that you're actually a good person to meet - and even do business with.