How to Make Sure Tech is Enhancing Your Live Events 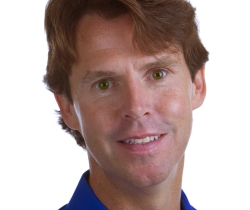 Eddie Newquist- Eddie Newquist is Chief Creative Officer at GES. He’s an award-winning creative executive, designer, filmmaker and inventor with three patents and counting! He’s best known for his work on some of the world’s most successful entertainment franchises including Harry Potter, Cars, The Terminator and Jurassic Park.

Dynamic new technologies can draw audiences to live events, and that’s why many marketers have incorporated things such as 3D effects, holograms, and D-BOX motion systems into their presentations.

People love witnessing new technological marvels. But if you add tech to your marketing event without considering the full experience, you can actually make customers uncomfortable or undercut the value of your presentation. For instance, many people find holograms of deceased celebrities creepy, and not everyone wants to interact exclusively with machines and screens.

After all, humans want to interact with other humans — not computers, holograms, or animated virtual assistants. To strike a good balance between dazzling new technology and genuine human connection, consider these tips when planning a live event that incorporates tech:

“By feeling truly present, you can share unbounded spaces and experiences with the people in your life,” he said at the time. “Imagine sharing not just moments with your friends online, but entire experiences and adventures.”

The key word here is “people.” To prevent technology from undermining your mission, focus on creating as many high-quality human connections as possible. Walt Disney Parks and Resorts is so obsessed with the power of human interaction that it trains cast members on how to enhance service delivery through tone, posture, gestures, and facial expressions.

If you interact with your audience at the beginning of the experience, they’re going to let their guard down and be more likely to engage with your brand.

Remember “Dance Dance Revolution”? The virtual reality gaming technology that took arcades by storm in the late 1990s and early 2000s was popular because you could play with friends. And there was nothing uncomfortable or unhygienic about standing on a platform.

But what about virtual reality headsets at an arcade? Do you think people want to pull used helmets over their heads on a first date or put them on their children after sweaty strangers used them? People might not want to engage with technology at your events because they’re afraid of germs or disease, or they might just not want to mess up their hair.

3. Test the waters with due diligence.
The thrill of new technology can bring out childlike wonder in all of us, but that’s no reason to approach your event marketing like a child. No matter how much a new piece of technology thrills you, you must do your research to make sure that it is reliable for use, suitable for your target market, and will have the desired effect.

When Tupac Shakur appeared as a hologram on stage at the 2012 Coachella Valley Music and Arts Annual Festival, it was breathtaking. It was the perfect update to a stage effect — called Pepper’s Ghost — that was first demonstrated by John Pepper in the 1860s.

In 2013, Cirque du Soleil used the hologram trick in Las Vegas to bring Michael Jackson back to life on stage. It was a little more difficult to embrace the magic because the effect had reached a saturation point.

Do due diligence, and talk to experts to ensure the technology you adopt will be engaging rather than tired or embarrassing.

New technologies often are surrounded by hype and buzz, but it’s a mistake to jump on the latest and greatest tech without considering how it fits into your overall marketing strategy or how your audience will react. Focus on using tech to supplement personal connections at your events, and you’ll build more meaningful customer relationships.

(This article was originally published on iMediaConnection.)