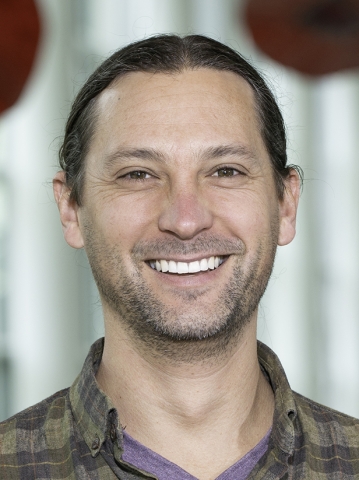 Ask anyone involved in the green events movement if they’re finding it challenging to move the needle forward on sustainability and you’ll probably see a row of hands, including those of Ryan Harvey, sustainability manager at Oregon Convention Center in Portland, Oregon. A former educator, Harvey understands the perfect balance of relaying key facts while making them interesting and easily digestible, a skill he brought with him when he stepped into his role at the OCC almost three years ago.

TSNN sat down with Harvey to get his thoughts on the sustainability movement and what it’s like to work at one of the greenest convention centers in the country, which has bragging rights as the only convention center in the U.S. to be awarded LEED Platinum status for existing buildings by the U.S. Green Building Council.

How has your career in education helped inform your work at OCC?

I was a public school teacher for 12 years. When my daughter was born, I stepped out of the classroom and took a part-time role at Metro, our regional government here in Portland, which also oversees the convention center. In that role, I was going into high school classrooms and talking about climate change, composting and sustainability issues. When the role at the OCC became available — which was a sharp turn from being in front of teenagers — I took it because of the potential for expanding [my] impact. I was intrigued by the events industry and how outside of my wheelhouse it was.

My background in education has helped more than I initially imagined. We have more than half a million people come through [OCC’s] doors every year — that’s a huge opportunity and obligation to serve the public by informing and expanding people’s ideas of what a sustainable business can look and feel like, and how we can impact our community in positive ways. So I feel like I’m doing a lot of educating, whether it’s communicating with a client about how we do business here or training employees to be empowered to make the right choices.

How has OCC’s sustainability manager role evolved over time?

Since it was created in 2008, the role has evolved from someone essentially being a recycling coach to looking at larger initiatives, and then having the potential and freedom to expand our reach to our hospitality partners here in the Pacific Northwest and to other convention centers around the country. I have taken it in a slightly different direction from my predecessor, with more of a focus on interaction with employees, guests and clients, and on the communication and positive impact that we can have as a result of those interactions.

What are your venue’s biggest green challenges, and how are you working to overcome them?

For so long, “business as usual” in the events industry has defaulted to a pretty wasteful way of life. The tricky part is that what we want to do here and what we value in Portland kind of clashes with that. When an event is coming in, particularly from out of town or state, it’s too late — all of their signs have been created and messages have gone out to the attendees, whether it’s the “right” messaging or not. So the biggest challenge that I face is getting ahead of that with my communications and making clear that we have goals that we’re trying to hit and that we want to partner with clients to help them put on a green event. That’s the hard part, because there are a lot of different organizations coming in and out all the time, so it’s a continual challenge to get our message out and expectations known. We have the luxury of hosting many repeat events, so I’ve seen a lot of headway being made by partnering with folks who we know are coming back next year.

But aren’t a lot of events choosing your venue because of your sustainable practices to begin with?

What I consider lucky about having this role is that the convention center is housed in the city of Portland, which is in the state of Oregon, so some of that work is already done for us: They’re coming because we’re quirky and green and outdoorsy and we care about keeping our land, air and water clean. I have the ability to piggyback off of that, and we can showcase the convention center as a great example of Portlanders or Oregonians really prioritizing human and environmental health, because in some places you don’t have that luxury. It does seem like there are more folks asking about what we’re doing and then leaving and saying they can’t wait to share that with wherever they’re going next.

What new or expanded sustainability initiatives have you been implementing lately?

One of the most exciting things I’m working on right now is with our in-house caterer. We’re hoping to shift to durable plates and silverware our concession areas…and it’s exciting because there are so many advantages to moving in that direction, in addition to cutting down on single-use plastics. We won’t be purchasing thousands of clamshells and plastic plates just to have attendees throw them in the trash anymore. And it’s really going to allow us to capture a lot more of the uneaten food that currently ends up in landfill.

Are there any green practices that you’re working on enhancing?

With regards to the waste diversion policy that we have written into our contract, I believe we’re still the only convention center in the country that has something contractual regarding expectations for sustainability efforts. Basically what it does is outline the collaboration between the client and convention center of what we’re going to do, what we expect out of each other, how things will look when they arrive and while they’re here, and what will happen when they leave.

We recently expanded our expectations surrounding certain items that are prohibited because they’re not recyclable in the Pacific Northwest, as well as the expectations for recycling all recyclable items and composting all compostable items here to include leaving our showfloor in a broom-swept condition. That was a recent change that’s relatively minor in that it’s the baseline at a lot of other convention centers, but where they’re just broom-sweeping everything into a dumpster, we ask they not only broom-sweep things but also sort everything out and recycle them.

Another thing I’ve been spending a lot of time working toward lately is focusing internally on our employees, and our policies, practices and procedures surrounding equity. Our organization is in the planning stages of writing a racial equity action plan…and I think it’s incredibly important. If a synonym for sustainability is longevity, then what we need to be doing is taking care of our employees. It’s the right thing to do and long overdue.

What do you see as the biggest barriers to event sustainability at this time?

We’re hoping to divert as much away from the landfills as possible by recycling, composting and simply using less — so it’s been a blow to see the recycling markets inched up as they have been in the last year and a half. Eventually, it will change as [the U.S.] figures out that we need to take care of our own trash instead of sending it to another country.

The other barrier is the idea that in our industry, making the client happy is job No. 1. There are about a thousand different ways that we can imagine that looking. For example, I’m having conversations with our event team about getting the escalators turned off when they’re not entirely necessary because they’re big energy hogs, and there are traditional folks who demand that they be on all the time, because in their opinion, it creates a more inviting space.

Why does sustainability matter to you personally and as an events professional?

It’s hard not to see the importance of this work, regardless of what role you find yourself in. I was folding in sustainability issues when I was a teacher and now I’m able to deal with it more explicitly here on-site. But I turn on the news and [learn that] my home state [of California] is on fire, or read a report that human displacement due to rising oceans is three times worse than what we thought it was going to be. So we all need to be recognizing that there are things that we can each do as individuals and organizations [to be more sustainable].

I keep going back to wanting to be a good ancestor to future generations and having conversations with my children soon about the changes that they’ll be experiencing in their lifetime in regards to climate. From a more professional side, I am blessed to be able to walk into what was already an incredibly sustainable events space, and then have a hand in moving the needle even further along and helping folks to feel that they’re part of something important when they come to work.