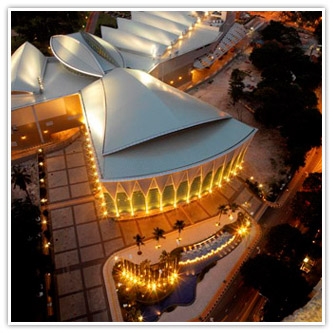 Malaysia ranked 29th in the world overall – down one spot from the 28th world position, while retaining its position as one of the top 10 meeting destination in Asia Pacific.

Despite the slight decline in ranking, the number of international association meetings hosted in Malaysia grew from 119 to 126 last year.

One of the meetings held for first time in Asia, the 2011 Institute of Internal Auditors International Conference, is touted as the world’s largest gathering of internal auditors.

The 2011 IIA International Conference was held in Kula Lumpur and attracted more than 2,200 internal auditors and governance practitioners from 93 countries worldwide.

The attendance was the largest number of participants that has ever been recorded outside the United States, according to show organizers.

“Malaysia’s promising increase in number of meetings is the sounding result of growing strength, collaboration and commitment between the Ministry of Tourism, MyCEB and the various industry partners to bid for, secure and deliver successful international meetings for the country,” Zulkefli said.

He added, “We are also very proud to announce that other than Kuala Lumpur, other Malaysian cities like Penang, Kota Kinabalu and Melaka have also been ranked this year,reflecting a growth in Malaysia’s association meetings business amidst a competitive and challenging market.”

Penang and Melaka, both declared by UNESCO as a world heritage sites, are ranked 32 and 68 in Asia-Pacific city rankings, respectively, while Sabah was ranked No. 38 in the listings.

It also assisted 130 meetings and conventions, 6 exhibitions and 62 corporate incentive groups, which contributed an estimated economic impact of RM1 billion (US$344 million) to Malaysia.

ICCA: Singapore ranked top Asian city for meetings
According to the International Congress and Convention Association (ICCA), there were a record number of 12,558 rotating international association events in 2017. That is…
AFECA to Launch Expo in Kuala Lumpur
The Asian Federation of Exhibition and Convention Associations (AFECA) has announced plans to launch an event in Malaysia in November this year in the lead-up to the ASEAN…
Global Destination Sustainability Index Releases Its Second City Ranking
The Global Destination Sustainability Index has released its second sustainability performance ranking of 40 meeting and events cities throughout the globe. The GDS-Index is…
Encore Event Technologies Continues to Expand in the Asia-Pacific Region
Encore Event Technologies, a global provider of audiovisual (AV), event technology and production services for some of the world’s largest hotels and corporate clients, has…
New MICE Team Established in Kuala Lumpur
Kuala Lumpur Tourism Bureau has decided to form a dedicated body to coordinate the promotion, branding and facilitation of MICE events in Kuala Lumpur. As a part of the Kuala…
PCMA-ICESAP Knowledge Exchange Lands in Kuala Lumpur
The Kuala Lumpur Convention Centre (the Centre) recently hosted the PCMA-ICESAP Knowledge Exchange Kuala Lumpur. The engaging educational programme was short and punchy,…