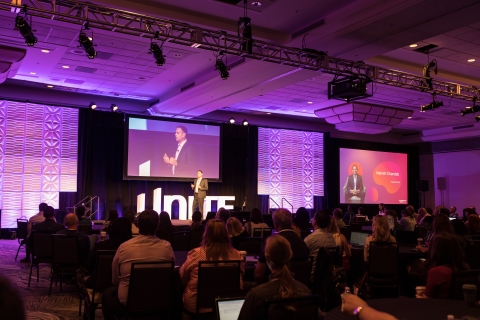 A sunny late-autumn morning in St. Louis started with a convenient and delicious morning meal of grab-and-go breakfast sandwiches (complemented by Starbucks coffee and cans of Mountain Dew). The room was energetic and filled with conversation before the group of about 300 migrated into the main ballroom to kick off the 2019 Ungerboeck UNITE Conference, which ran Sept. 30-Oct. 3 at Marriott St. Louis Grand.

He directed attendees, who ranged from technology managers at venues like Indiana Convention Center & Lucas Oil Stadium to event managers from organizations such as American Heart Association, to the various entertaining setups around the conference.

These included creative ideas such as a Story Studio, where guests could step into a video booth and record a testimonial about working with Ungerboeck, to a selfie station where groups of friends (new and old) could pose together for a photo.

Manish Chandak, president and CEO of Ungerboeck, then took the stage, reporting one of their best years ever in terms of new customer acquisition. While the 34-year old company is headquartered in St. Louis, it now has a presence in Australia, China, England, France, Germany, Hong Kong, Mexico and Singapore, serving a total of some 50,000 event professionals. Its software can be translated into six languages and multiple currencies.

“We should never underestimate the power of our industry,” Chandak said. “Events are about making people think outside the box. They are about helping people break out of their routines. If it weren’t for events, you wouldn’t see so much innovation happening.”

He went on to discuss how teams can leverage the power of software, such as Ungerboeck, to ease some of the stress that stems from one of the most stressful jobs in the world.

Two big announcements were made at UNITE: a new website and a new logo for the company, which Chandak says better represents changing technology and a laser focus on improving the user experiences.

The other important news for current users is a migration to V30.95, which officially launches in December. Customers using V19 or V20 will be encouraged to move to the upgraded version (for free) when they’re ready, said Mike Johnson, vice president of product management. 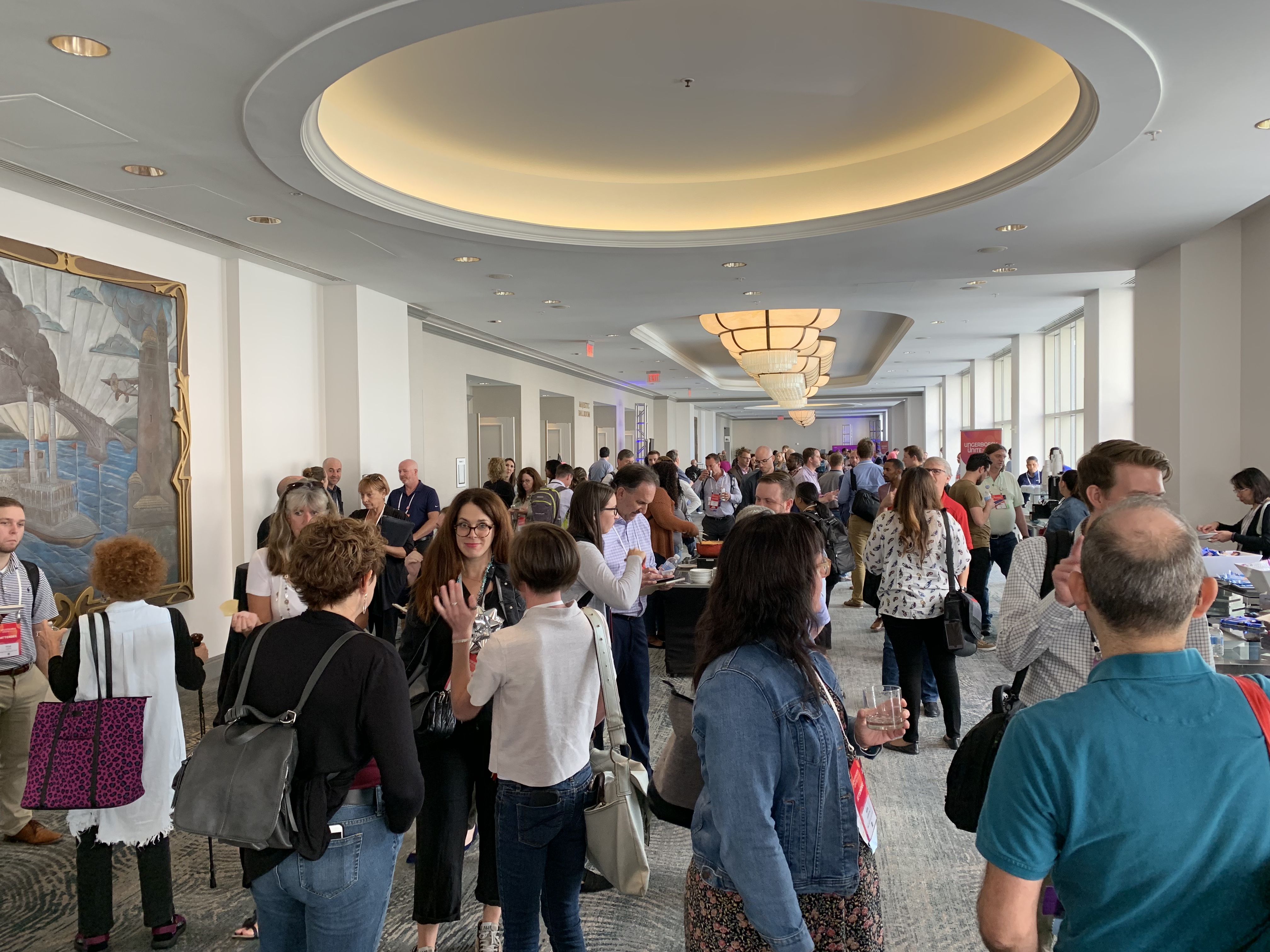 Key features of V30.95 include moving to Chrome as the preferred browser (an announcement that garnered applause from the audience), improved speed and performance, heightened security, a new way to track occupancy, greater options to edit layouts and moving everything to the cloud, among other features.

“As old as our industry is, everyone has different metrics,” said Chandak. “Associations are trying to bring standard definitions [to the industry]. In our software, we’re putting those rules in place, so if you’re trying to match yourself up with industry standards, it will be easy to do.”

A new training feature in the software will also be extremely useful for users, says Johnson. It will not only train people how to use the software, but also on best practices in the industry through offerings such as courses found on Ungerboeck’s website.

After the rousing morning keynote session, attendees headed to respective education sessions, which took place both Monday and Tuesday before training intensives began on Wednesday and Thursday.

During snack breaks to prevent information overload, Marriott did an excellent job of bringing in St. Louis traditions, serving delectable treats such as gooey butter cake and toasted ravioli with marinara sauce.

Looking ahead, exhibitions will continue to be a key focus area for Ungerboeck, with trade show organizers among the event professionals who stand to gain the most time and organization back into their process through using the software.

Rick Dobson, a 40-year trade show veteran who previously worked with shows such as NAB Show and Passkey International, has served as Ungerboeck’s director of exhibition solutions since 2017. Having an “inside guy” is one of the reasons so many new trade shows have come on board, as he understands not only the technology but also how the industry truly works.

Dobson says Ungerboeck is “the best-kept secret in the industry” that’s starting to get out. “We want [our customers] to treat us like a partner, not a vendor,” he said. “None of us have the whole picture [of events on our own], but together we do.”

Visit U.S. Coalition Launched to Increase Global Travel to the United States
On Jan. 16, the launch of the Visit U.S. Coalition was announced. Representing a broad cross-section of industries that have come together to address the decrease in…
Malaysia International Trade & Exhibition Center Partners with Ungerboeck
The Malaysia International Trade & Exhibition Center (MITEC) embarked on a move to delivering a whole new level of convenience with the recently launched Event Management…
Plastics Association Will Launch re|Focus: Recycling Summit and Expo in Orlando
Spurred on by the tremendous response to the recycle program at this year’s NPE2015, SPI: The Plastics Industry Trade Association decided to launch a new show next year – re|…
Lippman Connects, AMR International Will Launch Event Focused on Data
Global events strategy consultancy AMR International and U.S.-based event organizer Lippman Connects will partner to launch Transform, a new conference that will tackle the…
A Laser Focus on the Future at UFI’s 2019 European Conference
Trade wars and a turbulent global economic outlook. Global opportunities, changing business models and disruption. The need for show organizers to remain flexible as well as…
Ungerboeck and TIBCO Unveil Ungerboeck Connect
Event technology software provider Ungerboeck has partnered with TIBCO Software to launch Ungerboeck Connect, a new online tool that allows Ungerboeck customers to build…