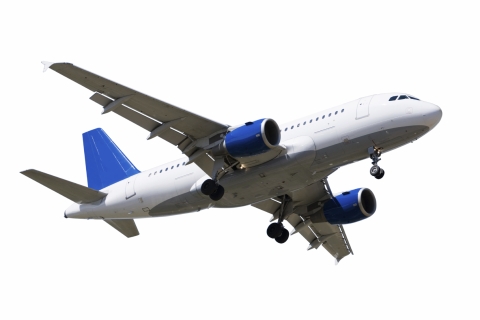 The U.S Travel Association’s President and CEO Roger Dow issued a strong statement after an article came out by The Washington Post that said the U.S. Justice Department was launching an investigation into whether some of the top airlines have colluded to keep prices high.

The article states that prices were driven up by limiting routes and affordable seats. The article also states that representatives from Delta Air Lines, Southwest Airlines, American Airlines and United Airlines confirmed they were among those being investigated and said they were complying with Justice Department requests.

"We fervently hope that the U.S. airlines targeted by the Justice Department's inquiry are cleared of these allegations,” Dow said.

He added, “American consumers are already jaded enough about flying that we've been wondering for a while how many more gut-punches they could absorb before we see a dip in air travel demand - and therefore a dip in the related econometrics for cities and businesses across the country.”

After a series of mergers, what used to be a much larger field of carriers now has narrowed down to the main four - Delta, Southwest, American and United.

In the meantime, even after Sept. 11 had a major impact on all airlines, most now are posting record profits.

"If not for the radical consolidation we have seen in the airline industry in the last few years, we probably would not even be having this conversation,” Dow said.

He added, “Now that four carriers control 85 percent of domestic routes, 'collusion' is a thought that's constantly going to be in the back of the minds of federal regulators.”

The remedy as at Congress’ fingertips, Dow said, adding they need to “make adjustments to airport financing so that individual airports can raise funds to expand terminal space and allow new carriers into their markets. More competitors significantly lessens the possibility that collusion can occur, and the pressures upon prices and service would be tremendously favorable to travelers, and therefore the broader economy”

He urged their partners in the airline business to cooperate fully with this investigation, “and for Justice officials to bring it to the fastest possible conclusion, so that the summer and fall travel seasons can go on unimpeded."

Events Industry Sounds the Alarm Over Sluggish Business Travel
Business travel appears to be still stuck in quarantine as Americans begin returning to pre-pandemic levels for vacations and road trips. If this trend continues, meetings…
UBM, Informa in Possible Merger Talks
After UBM’s stock price jumped considerably, news was released that the mega exhibition organizer is in talks to possibly merge with Informa, another mega exhibition…
Advanstar Communications Reportedly Exploring Possible Sale
Advanstar Communications reportedly is looking into a possible sale, and the company could go for more than $900 million, according to a news report from Reuters.Citing…
UBM Confirms in Talks for Possible Advanstar Acquisition
U.K.-based UBM confirmed that it is in talks to acquire Advanstar Communications that “may, or may not, lead to a transaction.” The statement was made after Reuters reported…
Outdoor Retailer Opens Door to Possibly Finding New Home
Emerald Expositions’ Outdoor Retailer has opened the door to possibly moving its show out of its long-time home at the Calvin L. Rampton Salt Palace Convention Center in Salt…
Socio Expands Event Management Platform, Raises $6 Million In Series A Funding
Socio has added two new products to its event management platform and has raised $6 million in Series A funding.  Like the Socio Event App, Socio Lead Retrieval and Socio…